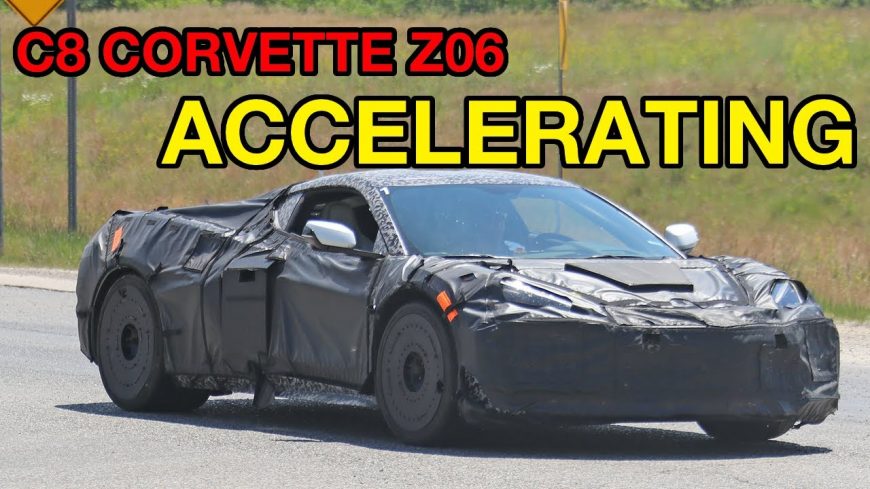 As gearheads, it can be kind of hard to stay satisfied. After we become acquainted with one combination like the latest and greatest Chevrolet Corvette, we tend to look forward to the next. It seems to really just be in our DNA to be ready to move on to the next great thing.

With that, in hindsight, so far, the mid-engined Corvette has been a pretty big success. However, as any good Corvette enthusiast knows, there are more pieces to the puzzle that will fall into place over the next couple of years. Naturally, after the base model has made a couple of laps around the track, Chevrolet will throw in the likes of the Z06 and probably some others like the ZR1, Grand Sport, and maybe even a Zora model if we’re lucky.

As of now, there isn’t a whole lot of information out there about the Z06 offering that should be soon to come. It seems like General Motors has been doing a good job of keeping information about the C8 close to their chest. After all, with the original release, we didn’t know the entire scope of what was happening right up until the car’s covers were actually pulled from it.

This time, though, the internet has been gifted a video that is really fueling the speculation. This thing has been posted all over the place and opinions have run rampant about the car that’s believed to be the 2022 Corvette Z06.

We think that the folks over at MotorTrend might’ve hit the nail on the head when guessing what the future might hold. When reacting to the exhaust clip below, they noted that it sounded a little bit different then the C8’s current 6.2L LT2 V8. They also noted that the engine in the test mule is a lot higher revving.

With that, the speculation is that perhaps the car will share the flat-plane crankshaft offering with the C8.R. The idea of turbocharging the application has also been batted around as well.

After checking out the sound clip below, tell us what you think is the culprit that will power the next model of Corvette.