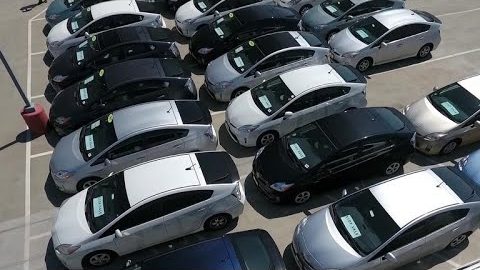 While I doubt there are very many Priuses out there in the Speed Society nation, many of you may remember the massive recall issued by the car’s manufacturer, Toyota, back in 2014. There was an issue with many Priuses from the 2010-2014 models that would cause them to suddenly lose power while driving, prompting Toyota to voluntarily recall the cars and issue a fix.

However, several years later, there’s still some fallout coming to light over the situation and it’s making news in a big way, and not the kind of news you want to make.

One California-based dealership is actually suing Toyota over the recall, claiming that the fix issued by the manufacturer doesn’t actually effectively remedy the problem. Toyota representatives say they have reason to believe the suit isn’t actually about the recall itself, but simply “bad blood” over an issue with the dealer passing his dealerships on to his sons. CBS This Morning brings us the details in this video below.

Roger Hogan owns two dealerships in California where he’s taken in around 100 Priuses from the years that were affected by the recall. He refuses to sell them, claiming that Toyota’s fix didn’t effectively solve the issue and claims he’s seen several of the cars that were recalled and “repaired” fail afterwards.

Toyota fired back, claiming their remedy is effective and when installed, does in fact lessen the likelihood of a failure. Two Prius owners who spoke in the interview had their cars fail after the recall, which seems to back up Hogan’s side of the story.

Toyota seems to believe that Hogan is upset over an issue with management and succession at his dealerships, a claim Hogan patently denies. Hogan insists the reason for his suit, which is for $100 million dollars, is and always has been about Toyota’s lack of focus on customer safety.