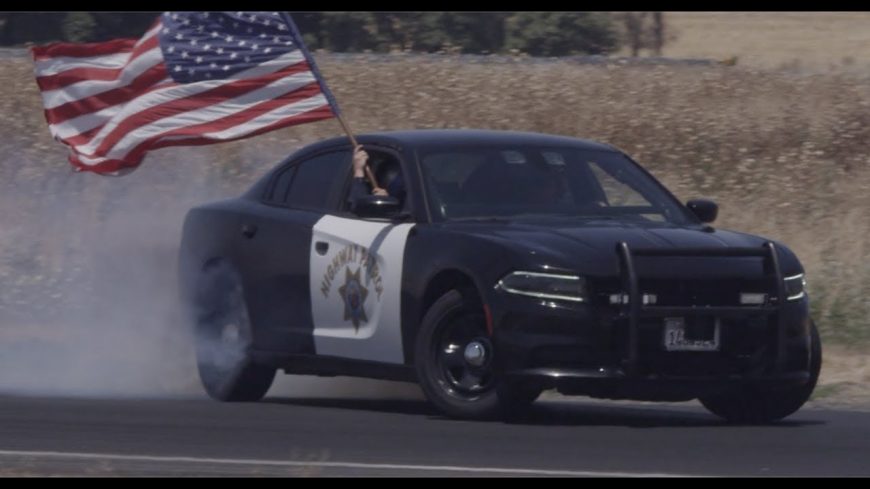 When we think of the police, naturally, we think of a very serious group of individuals. Naturally, when we see officers on duty, they aren’t going to be fooling around. These ladies and gentlemen have their eyes focused on the task at hand which can sometimes be incredibly dangerous. They never know when something is going to go down so it’s not really hard to see why they are absolutely locked into what they’re doing without much time for fun and games. However, as everybody else, there is also a time where they do get to enjoy some fun and games. This time, it was to celebrate America’s birthday!

Normally, the California Highway Patrol is keeping an eye on the roadways to make sure that everybody’s safe. This time, though, they decided to take one of their cruisers off of the road and to a race track. This is where they show off exactly what these cars are capable of. If there’s one thing that we never thought that we would see, it would be an active duty police car drifting sideways with an American flag flying out of the passenger side window. After we witness the act, all we can think about is how jam-packed with freedom this video is.

Please rise and put your hand on your heart as you watch the video below. There’s something just oh so right about an American car like this shredding sideways while the National Anthem rings out on electric guitar in the background.

We have to agree with the commenters on this video as they say that it’s about the perfect display of patriotism. The other half of those who chimed in seemed to be cracking jokes about California’s vehicle modification laws. In either case, this is definitely an awesome way to celebrate America’s birthday!