Until someone has actually been a part of an operation like this, it’s really ...

Until someone has actually been a part of an operation like this, it’s really hard to tell just how intense it might be. In turn, it’s hard to tell how well put together the vehicles behind it need to be. These are some intense machines and even more intense drivers. They need to be tough cookies, even if everything goes right.

Now, while a trophy truck might cost a ton of money to be able to earn for one’s self, luckily, some are willing to take us for a ride. There’s still hope for us to be able to get a little bit of the adrenaline rush that such a vehicle would be able to provide in the open desert.

This time, we check out just that opportunity as a video from the Glamis Sand Dunes on Thanksgiving gives us the perspective of what exactly it would be like to be able to get behind the wheel of one of these insane machines. There are simply not too many experiences out there that compare to something like this. Even being able to see it through a screen on video really is an amazing opportunity.

By following along in the video below from the guys over at Camburg Racing, we’re put in the thick of things. Prepare to be greeted with all of the adrenaline-pumping moments that this crazy ride has to offer.

Now, while this obviously won’t be exactly like the real thing, it does give us quite the opportunity to get a pretty good idea of what racing like this is all about.

After this one, we have no promises because we’re pretty sure that seeing this is really going to put everyone who lays eyes on it on the hot track to trying to go out and get a trophy truck of their very own.

Blasting Through the Desert Onboard the Camburg Racing Trophy Truck 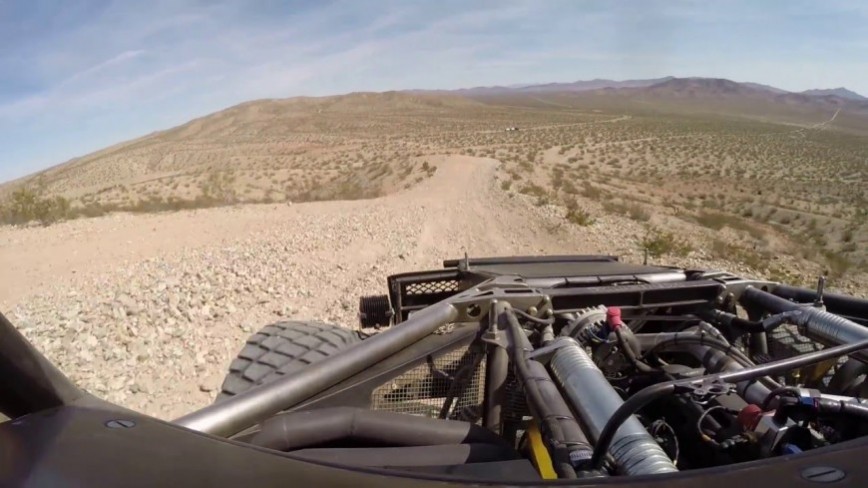