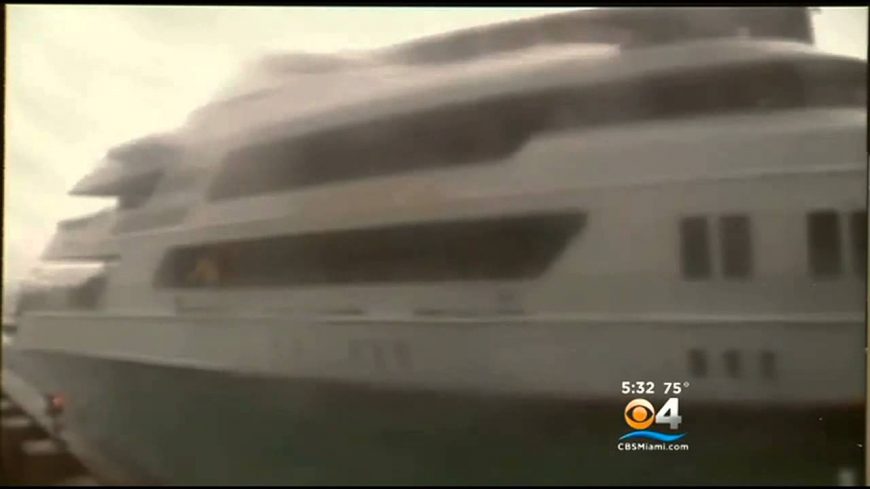 If I were the owner or operator a rather large luxury yacht, falling drawbridges wouldn’t necessarily be the biggest item on my list of things to be afraid of or worry about. It really seems like there’s such a low chance of that happening that it’s almost not worthy of being worried about it all. However, in this situation, we tune into a situation that has exactly that happening and it’s incredible to watch as the boat proceeds under an old drawbridge, one that was slated to be renovated in the near future, and ends up having the bridge dropped right on top of the boat, doing some big-time damage in the process!

Luckily, nobody got hurt in this situation but, I would venture to think that the person or people behind this boat were pretty darn infuriated as they felt the boat stop in its tracks, stunted by the bridge that would disallow this thing to go any further as it crushed the top half of the boat when the bridge operator couldn’t apply the brakes quickly enough on the platform to make it stop from coming down and doing this sort of damage. All in all, it’s a situation that nobody ever would want to be a part of what and now it looks like there’s nothing left to do aside from picking up the pieces and moving forward. You really have to feel for anyone who has to deal with the consequences of this mishap.

The video down below shows us the footage that will put you on the scene to witness the moment as it all happened. Check out this situation that gets entirely too close for comfort and be sure to tell us what you would be thinking if you were the people behind the boat. On one hand, you have every right to be infuriated but on the other, you really have to realize that accidents do happen. Hopefully, someone involved in this matter has good insurance because this one is going to cost them big time!

« Street Outlaws Big Chief vs Jerry Bird Battle it Out For $100,000 Last Night at Bristol Motor Speedway in TN