Every project has to start somewhere. At some point, one might just get a bug planted ...

Every project has to start somewhere. At some point, one might just get a bug planted in their head that makes the mind go to work. These ideas leave us wondering how to take some of these inspirational ideas and apply them to real life. When the ball gets rolling, eventually all of these ideas can become one finished product to be proud of. This time, we tune in with one of those ideas.

In this particular project, the creation that we see in front of us was inspired by none other than a Busted Knuckle video and dawn_andy. The combo would fuse together the likes of a Polaris RZR side-by-side and a Volkswagen Beetle. The combination of factors that would make the RZR able to be used on the street. This apparently is something that the RZR community has been grappling with for quite some time. This would be all the spark that was needed to come up with something amazing! After seeing this thing blasting around, you can’t help but have your eyes glued to the machine.

By taking a Can-Am X3 and selecting various parts from a VW Beetle, the combination results in a street legal masterpiece. This is one that you’ve absolutely got to see to believe. Honestly, just about anyone with a pulse is going to be ready to go for a ride in this thing!

The Busted Knuckle Films video down below traces the steps that would make such a creation come together. It gives us a bit of a taste of how such a machine functions when the driver lays into the throttle. Something like this is surely one way to make time off of the beaten path even better. Then, even when the operator decides that they’re done with off-roading, they can easily streets! 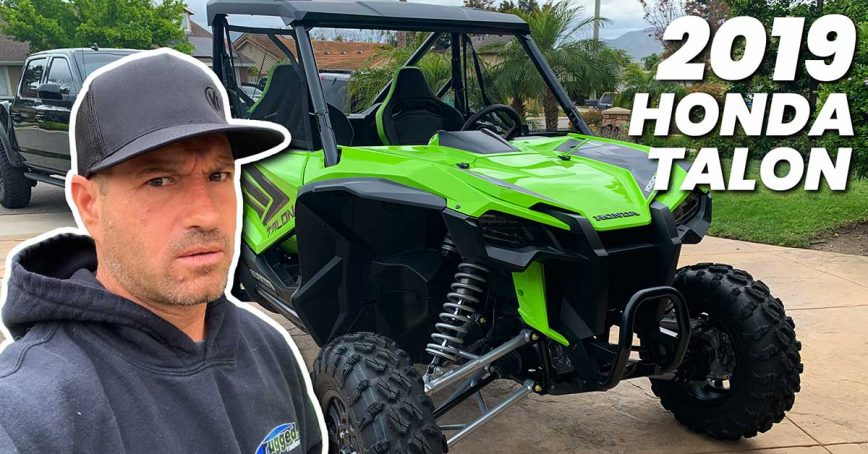