Posted by: Jeremy Patterson on December 4, 2017 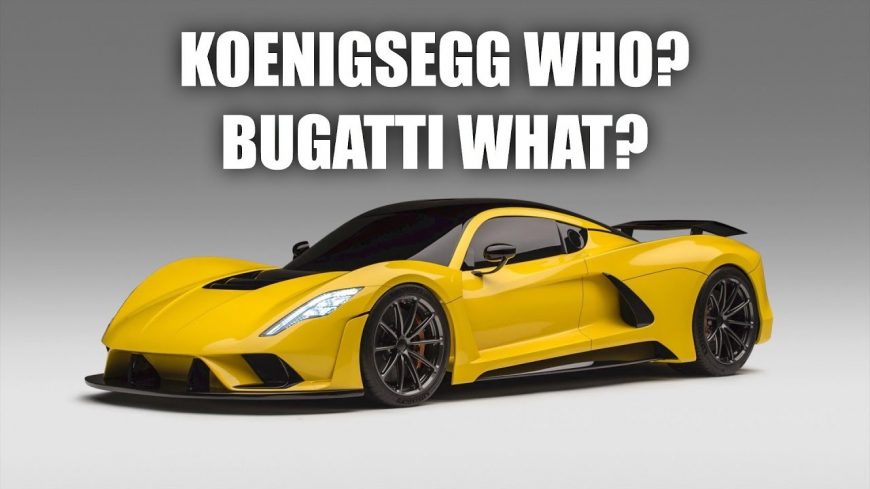 One of our Favorite YouTube channels, Engineering Explained, has been breaking down all things automotive for us into terms we can understand for quite some time, helping us wrap our heads around things that would other wise just be too technical for us to grasp. The channel host, Jason, and his trusyt whiteboard have helped explain a wide array of subjects, all of which are tied directly into the automotive world. While not all of his videos have to do with out and out performance, Jason has certainly taken a keen interest in the performance world and breaking down how cars are able to do what they do. His series of videos breaking down the features and performance numbers of Dodge’s Demon Challenger were some of the best we’ve seen, and now he’s back with a look at another record breaking ride, or more accurately, one that claims to be able to break the magical 300 mph barrier.

Hennessey’s Venom F5 is powered by a twin turbo V8 that cranks out 1,600 horsepower and Hennessey claims the car will be capable of hitting 301 mph, making it the first production car to eclipse the triple century mark. Koenigsegg only recently supplanted Bugatti as the top speed king when an Agera RS ripped across the desert to a top speed of 277 MPH, blowing Bugatti’s Chiron’s 261 mph our of the water by over 15 miles per hour.

Hennessey’s previous-generation supercar, the Venom GT, actually clocked a 270 MPH run, but only made one pass and since the car is built by hand, there’s some grey area on whether or not it’s considered a production car. It’s not recognized by Guinness, though many do recognize the Venom’s 270 as #2 on the list.

Whether or not the Venom F5 will reach it’s estimated top speed remains to be seen, but you can see from Jason’s breakdown, the car should have enough power on tap to reach 300 MPH. Whether or not the tires survive those speeds is an entirely different matter, but we’ll just have to wait and see how that goes when they have a car built for testing.

« The Tesla Model X Can Dance To Christmas Songs!