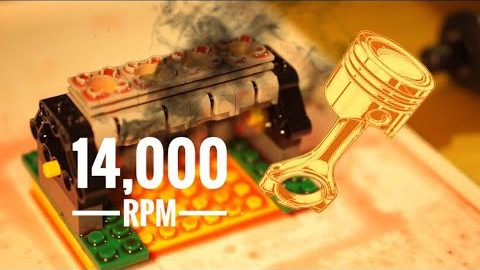 When I was a kid, I was a total LEGO geek. I remember the first “Technic” set I saw, with the working gears and pistons, I was absolutely hooked. With my lifelong love of racing, I now had a way to tie the two together in a way that was just simply not there before. Any time I got a new set, I would follow the instructions and build the intended project in no time flat, but then promptly pulled it back apart and began building my own projects with a focus more toward my sport of choice: drag racing. I remember traveling with my dad to Texas to pick up a new trailer and talking him into buying my a massive set that featured electric motors and a control panel to control motors. The main design was a plotter-style printer that you could use to draw with, but that lasted all of two or three hours before I broke it down and began building a dragster using two of the three motors for power and the third for steering. I hated that the controls were wired, but since this was probably 1994 or so, I didn’t really have many options as far BlueTooth or WiFi.

However, I made it work and had a lot of fun working out the details. Now if I had only known I had the option to attach a Dremel tool for power, it may have been fast enough to actually have fun with beyond the building phase. This guy has the right idea, gluing the bricks together to increase the structural integrity and spinning it up to the maximum RPM it will handle.

The Dremel tool attached is capable of 30,000 RPM and the engine came apart on setting 4, which would be a little over 50% throttle. We’re going to give this engine a passing grade for surviving at such high RPM, especially considering it’s made of little more than molded plastic. Hit the Facebook post you followed to get here and tell us about your LEGO projects!

« Firefighter Shows Why It’s a Bad Idea To Pour Water on a Grease Fire!