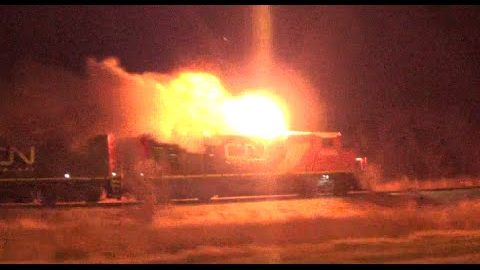 Imagine just driving down the road on your normal commute when all of a sudden, you turn to the side and see a train spitting fire out of the exhaust. For these guys, that’s exactly what happened during an otherwise slow night in University Park.

For this duo, seeing the turbocharger failing was enough to catch them off guard and make them pull out their camera to catch all of the sideshow on video.

We watch and listen as one of the guys calls 911 just to make sure that the situation is A-Ok as the train continues down the tracks, spewing out sparks to light up the night sky.

Check out the video below that shows all of the action captured and tell us what your take is on this eventful scenario that is enough to make anyone get a little rush.