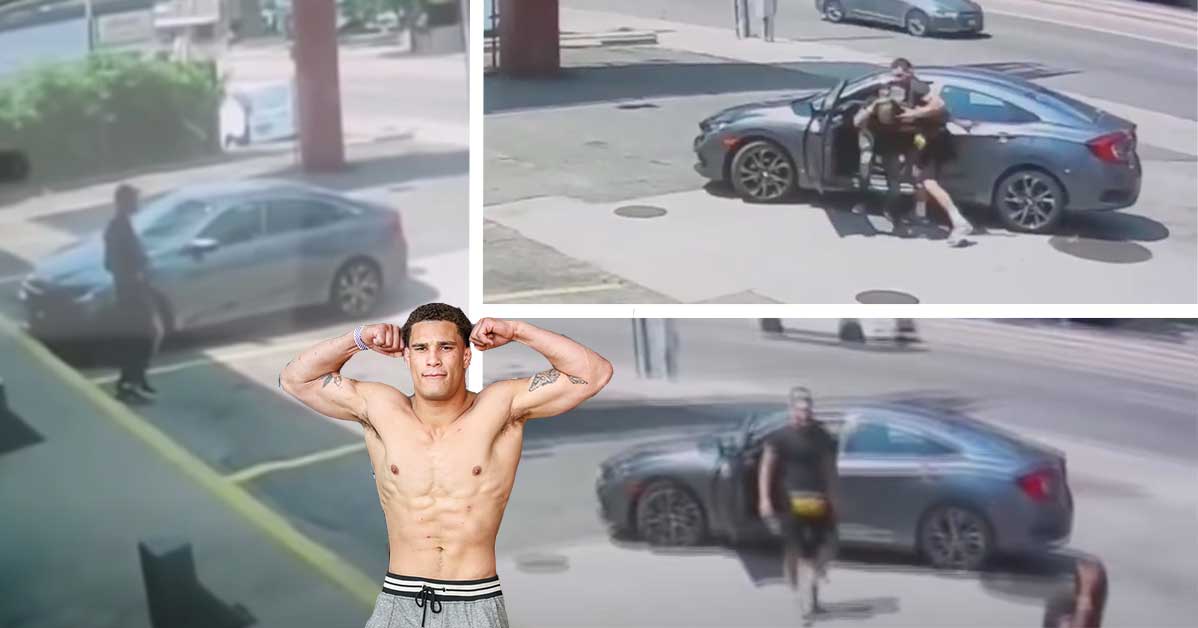 I have to say that there really is no proper scenario where it’s ok to steal a car. However, for the person doing the stealing, there are definitely some situations that are much worse to be wrapped up in than others.

Naturally, everybody in this spot wants to avoid getting caught. For some, a bad day might mean avoiding being seen on a security camera, only to have the police show on your doorstep later on. However, for this criminal, not only did they get caught but they also caught a couple of punches as well.

For this would-be car thief, it just so happened that they got into the wrong vehicle at the wrong time. The car in question belongs to UFC fighter, Jordan Williams, who was, fortunately, able to see the whole thing unfold. Instead of waiting for the police to hop into action and maybe never seeing his car again, Williams decided to do the work himself.

Using his athleticism to catch up with the car as a criminal tried to get away with it, Williams was able to get the door open. From there, he made quick work of getting the guy out of the driver’s seat and throwing a couple of punches.

From there, the driver was able to scurry away on foot as Williams got his ride back. Williams says that he wishes he would’ve been able to apprehend the man to serve justice.

With a situation like this, even though I would never personally steal a car, it really brings up a good question.

Would you rather get a couple of solid punches from a UFC fighter or spend the time in jail for stealing a car? I know that this crook is going to definitely be feeling those punches in the morning. However, we would go so far as saying that he might’ve just gotten away easy. Maybe those punches will be enough to make this guy take a second look at how his life is going and move away from the life of crime.