Sometimes we just do stupid. We don’t always want to admit that’s all it is, our ...

Sometimes we just do stupid. We don’t always want to admit that’s all it is, our pride or ego or constrained time schedules overriding our good sense and leading us to make terrible decisions. Unfortunately, it seems to happen all to often behind the wheel, which means it often affects other people and, in worst-case type scenarios, can chain reaction into a whole pile of stupidity. This dashcam footage just happens to have caught a perfect storm of stupid!

We see the car carrying the dashcam roll up behind a dump truck that’s become disabled. Following the lead of the cars in front, the driver attempts to simply pull into the other lane, which has stopped to allow cars to pass, and drive around the truck. However, the driver cuts a little too closely and drives right into the rear tire of the dump truck, jarring her car and prompting her to stop, right in the middle of the oncoming traffic lane.

While this would cause immediate and unrelenting road rage in some countries (I’m looking at us, America), the people of Norway don’t really even seem to be all that annoyed. Instead, they just go about changing up their commute to alleviate the traffic jam situation.

However, as things often to in moments of tension, the bad gets worse. As you see the cars in the oncoming lane start to try to turn around, the drivers seem to get ahead of themselves and one after another, mistakes are made. Luckily, these are very low-speed incidents that likely result in small dents, if that, in the cars involved, and even after a quick around of bumper cars, the drivers just don’t seem to be all that upset.

We could take a page from the Norwegian playbook here, America. You can deny it if you want, but we all know any of these insignificant fender benders could easily result in a screaming match, if not worse, right there in the middle of the road here in the states. Lighten up, America!

The Worst Tire Fai/s We Have Ever Seen! Compilation! 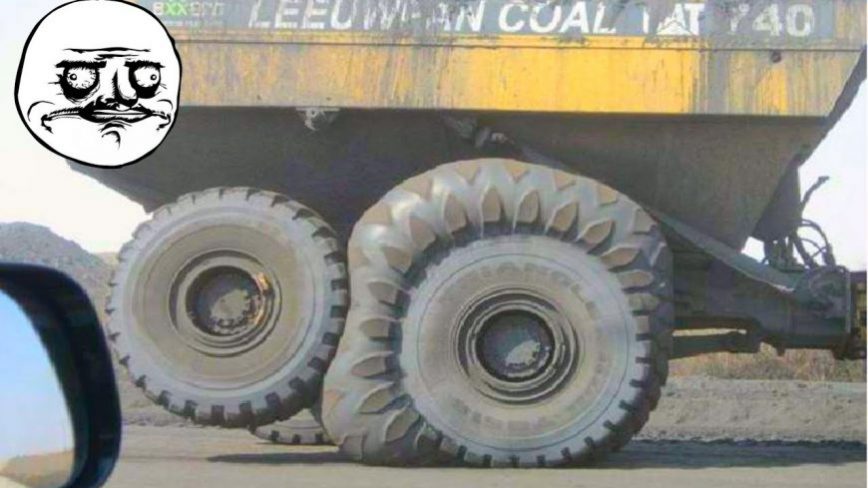