Guy Coverts Car to BBQ Grill, Makes Lunch on Side of Highway 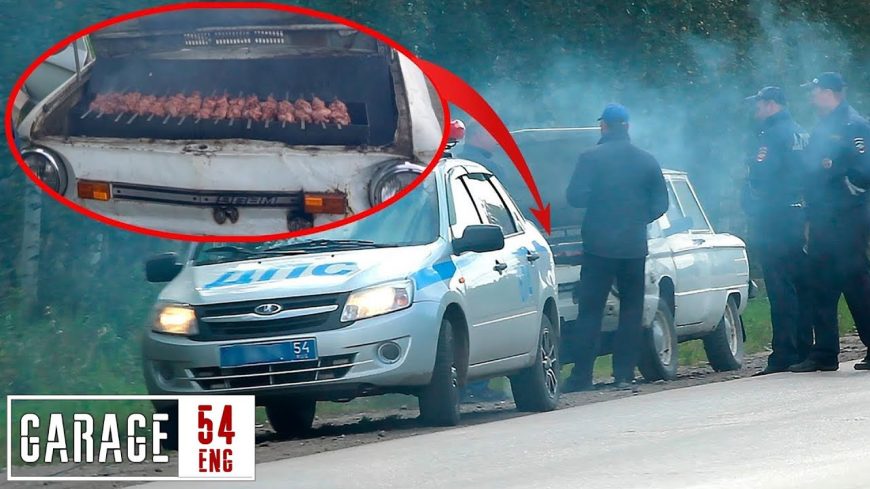 If you don’t have a grill built into your car can you really say that you’re good at tailgating?

These days, it seems like pulling over to the side of the road to help somebody out is almost lost on us. With all the things going on in the world, it’s not that there aren’t good people anymore. Instead, it seems like people are simply afraid of what might happen if they pull over to help the wrong person.

This time, though, the guys over at the Garage 54 YouTube channel are trying out another one of their wacky experiments. This one should be able to ring home for anyone who is ever tailgated at a sporting event.

The concept was simple. Essentially, a functioning vehicle was converted into a BBQ grill. From threre, the car was driven to the side of the highway where our host would do a little bit of grilling. We suppose that he just wanted to see how people would react to the car cooking up some lunch on the side of the road.

As one might expect, most motorists just kept on driving. However, those who stopped would be treated to some lunch. One of the plot twists is that it didn’t really look like the man on the side of the road was grilling. With the smoke coming out from under the hood, instead, it simply looked like the car was about to catch on fire.

By following along with the video below, we get to immerse ourselves in the situation. The reactions to this one are pure gold. We aren’t sure where Garage 54 comes up with these crazy ideas. One thing that is for sure is that we get a kick out of every last one.

If you saw someone grilling on the side of the road under the hood of a car, would you stop?