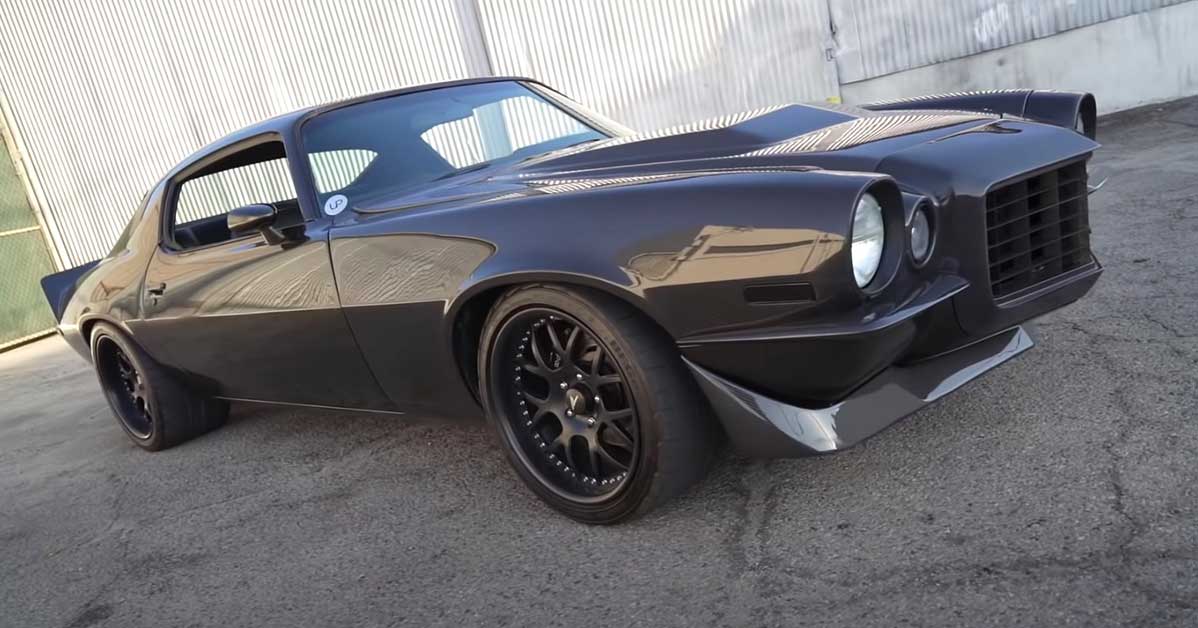 There’s just something about a well-done restomod that can really get us going. Back in the day, muscle cars really ruled the roost. All these years later, and original muscle cars are still awesome but let’s just say that there’s absolutely no way that the old school power plants and technology can live up to the capabilities that modern technology can produce, especially under the hood.

This time, we run into a 1973 Chevrolet Camaro Z28 that has that special sauce sprinkled in. The builder who brought it to where it is today actually found this thing on Facebook Marketplace, of all places. The machine was an autocross car and had some trick components on it but still needed to be redone in order to become the monster it would eventually be.

After receiving a plethora of parts, including a ton of carbon fiber, the machine has come together as quite an awesome pro-touring beast. At the heart of the build, we find an LS3 topped off with a Magnuson supercharger and backed up with the TR6060 transmission. In other words, if you’re a fan of the LS engine and rowing through the gears, this is pretty much as good as it gets.

Down in the video below, we get to check in with this monstrous machine to see what it’s all about. There’s a lot of people who have gone through these old-school Camaros and given them a little bit of flair. However, we might even go so far as saying that this one really stands out from the pack. Upon going through the machine with AutotopiaLA, we really get to dive into some of the touches that make this machine special and we even get to go for a little bit of a test drive to hear that combination sing!