At their roots, trucks were designed for work. Way back in the day, that was about ...

At their roots, trucks were designed for work. Way back in the day, that was about all that they could do well. In fact, in the world pickup trucks, there weren’t very many options to choose from. Outside of a couple of utility-based options, they were uncomfortable rides. These days, though, trucks have gone so far as swaying toward the luxury side of the spectrum. Not only do people want their trucks to function well as a utility vehicle. They also would like some creature comforts as well. Believe it or not, these creature comforts can help out on the job site by relaxing their occupants for maximum efficiency.

No matter how luxurious they might get, people still buy trucks to get down to business. They want their trucks to have that rugged edge that allows them to push things just a little bit further. The proper truck setup could end up maximizing somebody’s potential on any given job site. With this kind of idea in mind, Chevrolet found an unlikely partnership with a company that shares some of these same values.

Back in 2016 Chevrolet and the Carhartt clothing company collaborated in a concept truck that drew a lot of attention. It was a special machine but it wasn’t slated for production. Moving forward, we will see the truck make its way into consumer’s hands as the buzz was enough to make the concept a reality.

Down in the video below, the folks at TFL Truck are on the scene at SEMA to show us what this machine is all about. In turn, we get to learn when it will be available and some of the special options that make this truck stand out from the pack. Just like other luxury trucks these days, this one isn’t just a hard worker. It has some of those options that will make the owner feel right at home on any job site. 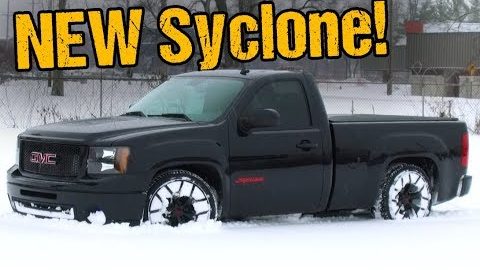