Carnage on the Mountain: Street Outlaws Take on Thin Air Of Denver Colorado 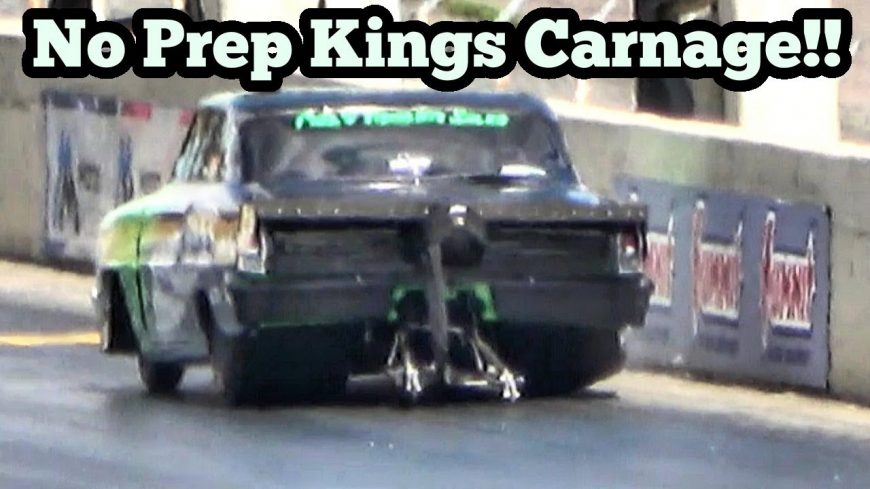 When it comes to drag racing, consistency is key. It seems to be a balancing act between turning up the power and maintaining traction. While many casual bystanders seem to think that the racers just stab a pedal and steer. In reality, there’s so much more involved than that.

Driver and machine need to come together in perfect harmony. If they don’t, things could get pretty ugly. This all comes while trying to guess what the competitor in the next lane over is going to do. Perhaps their car is running particularly well. Who knows? It’s all a guessing game.

It gets even more challenging when a no-prep surface is thrown into the mix. Normally, a drag strip is coated with the sticky stuff that allows drivers to have an easier time of getting down the track. During no prep, the surface is a lot more unpredictable. As it has not been expertly prepared for high horsepower machines to tackle it, a driver really doesn’t know what to expect during any given race.

This time, we take the opportunity to check out one of the most premieres no prep promotions are racing has to offer. The latest No Prep Kings events went to Colorado in order to throw down with a little bit of high adrenaline action. The Street Outlaws were on hand and the racing was most certainly intense.

As we’ve come to expect with the format, traction was at a premium and drivers were all over the place. Those who were lucky were able to lay down some consistent passes had to really dig deep for that traction. What it all came together at the end of the day, some were a little bit more consistent than others. It’s a constant battleground turning up the car to be able to make more power and grab a win.

This video from The National No Prep Association brings us the best seat in the house to watch the throwdown in Colorado!