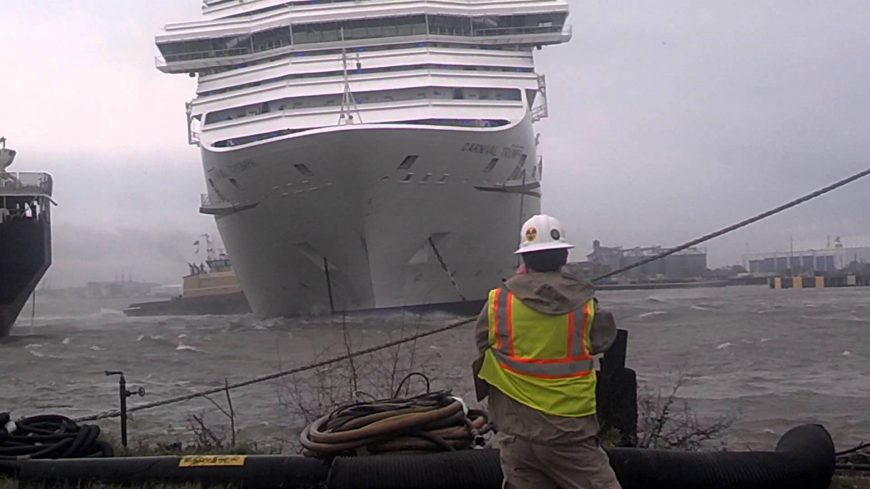 The behind-the-scenes work that goes into a regular sized boat can be a pretty hefty job. Therefore, we would imagine that the maintenance onboard a cruise ship would be hundreds of times more magnified.

This time, we drop in on that magnified workload when it gets exposed to a storm that is causing all kinds of hassle for this ship as it sits in the harbor. Someone standing on the nearby land captured the action on camera as the boat broke away from a pier and began to drift.

With a normal boat, this wouldn’t be too much of an issue but with something this big, even moving at such a slow rate of speed could cause some big-time damage if it were to run into anything fragile. With that in mind, the race is on to secure the massive boat from moving out of control.

After a tug boat worked its way towards securing the vessel and anchor was dropped, the cruise ship just kept on moving, colliding with another boat in the harbor and probably giving everyone on board a minor heart attack in the process. It doesn’t look like any kind of injuries were sustained but the panic induced here was probably oh so real. Could you imagine being in charge of such an operation when the boat suddenly slides across the harbor under its own will?

« This rebar cutting tool is oddly satisfying to watch