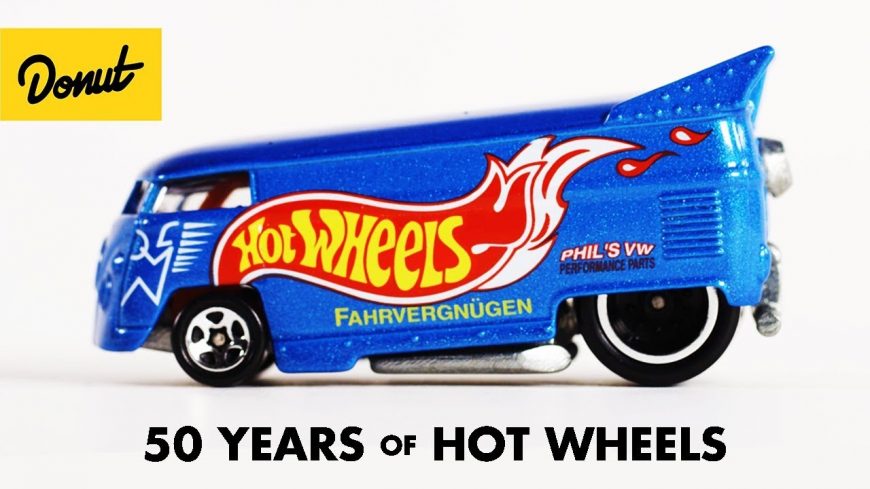 On this day 50 years ago, the Hot Wheels brand was released. A brand introduced by toy maker Mattel. The first car? A dark blue custom Camaro. The first production line of Hot Wheels was known as “The Original Sweet 16” Which featured a set of “redline” wheels. A red line going around the tires of the cars.

In addition to the cars themselves, Hot Wheels released a racing track set, which has been updated over the years. The first one featured bright Orange colored tracks that shaped into an oblong circle track, with one or more “Superchargers” (Faux service stations that would propel the cars faster)

In 1970 Hot wheels brought out one of the most successful lines of cars to date. The Snake, and Mongoose set. Based on the rivalry between Don “The Snake” Prudhomme, and rival Tom “The Mongoose” Mcewen

In 1977 the company decided to go away with the signature red line wheels reflecting that the red line wheels popularized by the muscle car, and polyglas Era were no longer popular. During this period, there was a trend away from wild hot rods and fictitious cars, and a move to more realistic cars and trucks.

In 1981, The Hot Ones wheels were introduced, which featured gold hubs, suspension, and thinner axles for speed that most hot wheels models lacked. In 1983 a new style wheel was released. “Real Riders” Which featured real rubber tires. Despite the popularity of the cars, they were short lived due to high production costs.

Ultra hot wheels, were introduced in 1984 which had other speed improvements. Hot wheels also started offering models based on 1980’s sports cars.

Two other notable models were released in the 80’s. Including the color changer, which changed colors depending on whether it was exposed to hot or cold water, and the crash panel vehicles known as “Crack ups”. Crack ups featured a panel that would rotate upon impact to show damaged body panels.

« These Guys Make Custom One Off Wheel Chairs For Handicapped Kids… AWESOME!