Can You Charge A Tesla By Towing It? (With Ford Raptor) 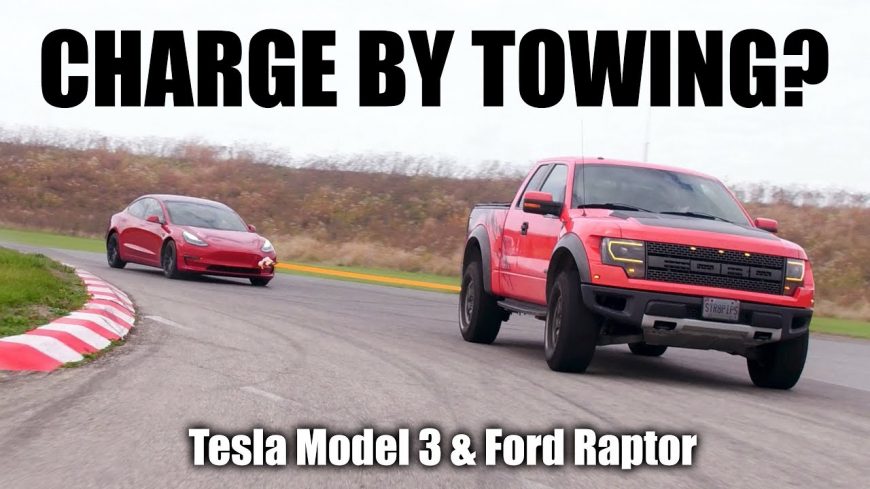 With Tesla, we find all sorts of new technology. Much of the stuff isn’t exactly what we’ve come to expect from our automobiles. The brand seems to always amaze us on a variety of different axes. However, the way that these cars are powered is obviously the main event. Even beyond their electric power abilities, they’re able to accomplish some pretty neat things while out on the road.

One of the things that we find incredibly convenient about the Tesla is that it’s always regenerating energy. Through a variety of systems onboard, energy is added to the battery’s charge. Everything that one does from braking to driving will help the battery out with a little bit of extra juice. That means that one is able to expend more energy than their charger provides.

This time, we set out with an experiment that demonstrates exactly how this all works. Obviously, this is more fun than it is practical but it’s still interesting to watch to see just how everything comes together. Essentially, what we see here from the Engineering Explained YouTube channel is a little bit of an experiment to see if a Tesla can be recharged by being towed behind a truck. Theoretically, the systems that allow the vehicle to recharge while under its own power should still be in play. How efficient will they be, though, when the car isn’t moving down the highway under its own power?

By following along with the video below, we get some insight into how exactly this all works. Sure, pulling a Tesla behind a Ford Raptor at a low rate of speed probably isn’t the most efficient way to recharge it. However, it does give us some ideas about how exactly Tesla is hard at work even as it’s being driven. These cars never cease to amaze us.

« “B is for Build” Unveils LS Powered Huracan