Cheap Cars That Actually Make a TON of Horsepower 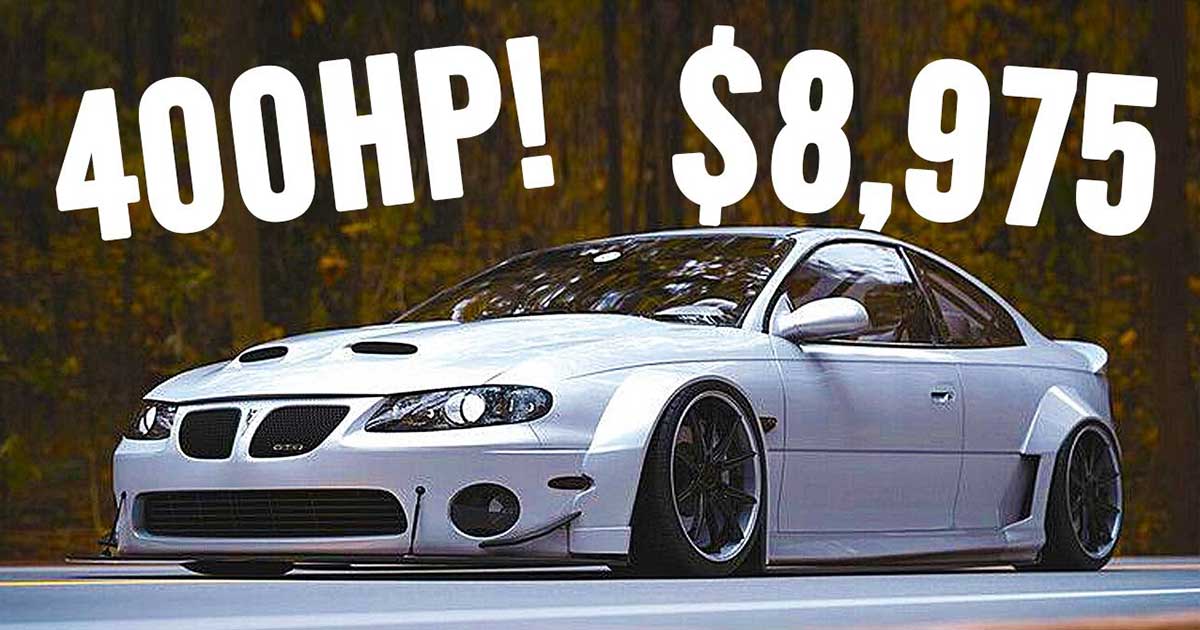 There’s an old saying in the car community that tells us “cheap, fast, reliable: pick two.” While we definitely get the intent behind that saying, in some cases, we tend to disagree.

In the community of horsepower, where there’s a will there is a way and for those who know how to do things the proper way, cheap horsepower can be just a couple of clicks away.

One of the big questions lurking around on forums and Facebook groups, though, is where exactly to start. Now, this is going to be something that’s definitely going to have a different answer depending on who you ask. However, for those looking to go out and get 400 or 500 hp to get started, there are definitely some machines that can deliver that on a budget.

This time, thanks to Ideal Media, we dive into some cheap cars that just so happen to create a good amount of horsepower. Some of these nameplates might be familiar and obvious. Others, though, take a little bit of a deeper dive into the classified section to see just what cars might be lurking around and have some serious upside.

With machines like the Pontiac GTO, for example, we can get in the door for less than $10,000 and start off with a 400 hp LS combination that certainly has a ton of upside. Because the car features an LS engine just like pretty much every Chevrolet V8-powered pickup truck, SUV, and sports car from the era, parts are going to be incredibly easy to come by in most cases.

On the other hand, we have vehicles like the Chrysler 300C that is packing quite a bit of power but is a car that not too many people would think of. The ability to modify these things might be just a touch more difficult but they can still provide quite a bit of go fast on a budget as well!