All The New Features On GMC’s 2019 Sierra HD

All The New Features On GMC’s 2019 Sierra HD

GMC has stepped up with some amazing features in the forthcoming 2019 Sierra Heavy ...

GMC has stepped up with some amazing features in the forthcoming 2019 Sierra Heavy Duty. The truck is getting a bit of an external overhaul, but most of the new features are under the hood and inside the drivers compartment.

While much of the world lamented the overhaul of the lighter-duty trucks in both the Sierra lineup as well as its Chevrolet sibling, the Silverado, the overall look of the Heavy Duty remains similar to what we’ve seen over the past few years. There are some cosmetic changes, but it’s not the drastic overhaul we saw elsewhere in the lineup.

Under the hood, the Sierra HD will feature a 6.6 liter Duramax diesel that cranks out 445 horsepower and a stump-yanking 910 ft/lbs of torque. Coupled with the first-in-class Allison 10-speed automatic transmission, the HD is capable of towing an astounding 30,000+ pounds. Other upgrades in the drivetrain include a larger drive shaft and beefier rear axles that will help with durability. The truck also features a larger grille opening and fan for better cooling, and improved brakes and steering for better overall handling and safety while towing.

Inside the cockpit, the driver is greeted with an incredible new camera system that features no fewer than fifteen external cameras that provide a the driver views never before offered, including an in-bed camera that helps when hooking to gooseneck trailers with the hitch mounted in the bed as well as a customer-installed camera that mounts on the back of the trailer to show the driver what’s directly behind the trailer itself. There is also a 15” heads up display that offers the driver a host of feedback information right there on the windshield, allowing him to keep tabs on the truck’s vitals without taking his eyes off the road.

These are just the main features, there are a host of other new options and upgrades, check out all the details by following the link on GMC’s facebook post below. 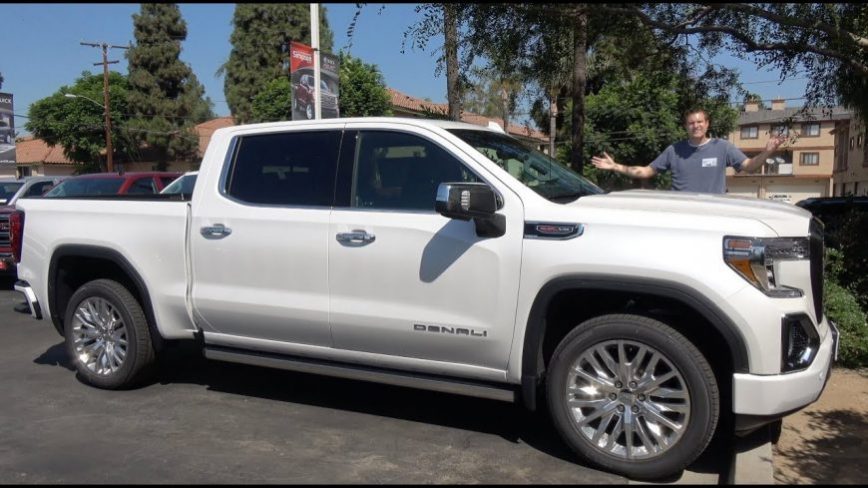