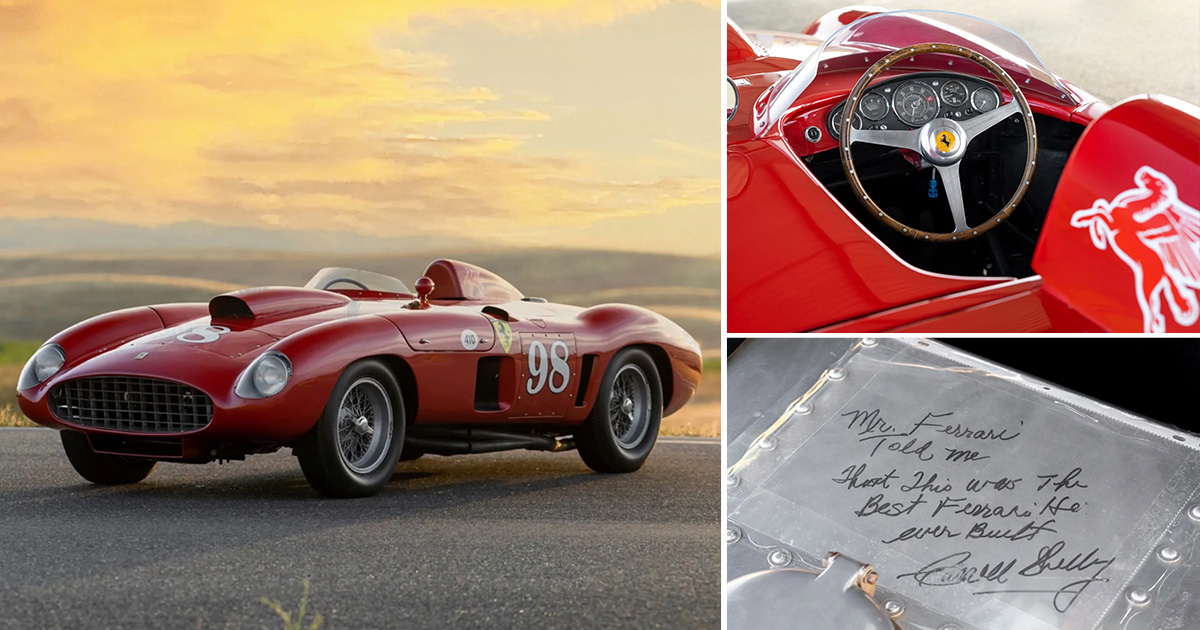 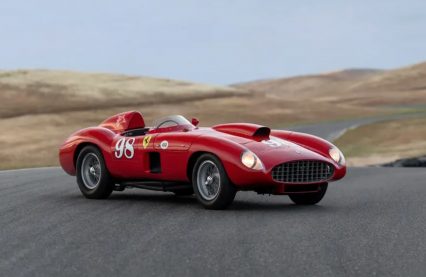 A cherry-red 1955 Ferrari 410 Sport Spider with ties to racing legends such as Carroll Shelby sold for $22 million on Saturday at an RM Sotheby’s auction in Monterey, California.

This model is among a select few designed and built by Sergio Scaglietti —  the man responsible for some of Italy’s most famous cars — and is one of two 410 Sports equipped with a 24-spark plug 4.9-liter V-12 made by Ferrari.

Racing legend Shelby won eight races and 10 podium finishes piloting the car during the 1956 and 1957 seasons —  the most wins of any other car in his racing career. 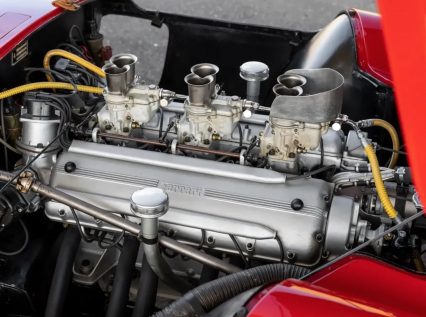 The auction house described the car as “one of the most significant purpose-built Ferrari “big block” sports-racing prototypes from the 1950s” and “among the most successful of all even-numbered sports racing Ferraris.” Shelby inscribed “Mr. Ferrari told me that this was the best Ferrari he ever built,” on the fuel tank. The car still has an original matching-, 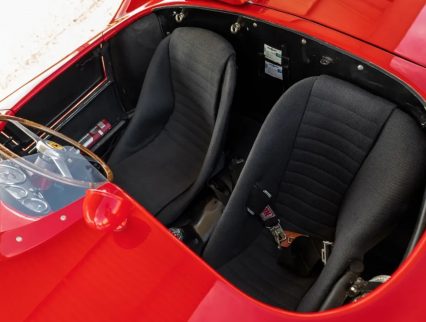 Shelby’s first and last trophies won while driving 0598 and the original 1957 Nassau racing license plate were included in the purchase.

The car was sold at Monterey Car Week, which coincides with the Pebble Beach Concours d’Elegance competition on Sunday. Hundreds of the world’s top collectors from 21 countries and 32 states travel to compete for the Best of Show title, according to Sotheby’s. 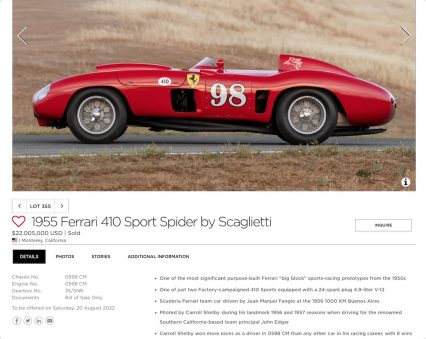