This time, we go to the third option to find a car that was abandoned some time ago. Legend has it that the Chevrolet Corvette was stolen at some point in the late 80s or maybe even the early 90s. After the fact, it was somehow left in the water near a boat ramp. However, nobody really knows if it was actually stolen or a pawn in some sort of insurance fraud. Allegedly, the owner of the car ended up skipping the country after the disappearance. It’s stories like this that really keep us attracted to a recovery situation.

This time, it’s time for the car, no matter what the story, to make its way out of the water. Recoveries like this are anything but simple. While it could be easy to picture wrapping a chain around the axle and yanking it out. It’s not exactly that simple. Apparently, the police did try to recover the vehicle. However, after hooking it up, the axle would be ripped straight out of the car. The pressure applied by the water is really a lot more severe than one might expect.

In the recovery effort here, though, those taking it on aren’t taking no for an answer. In turn, it appears as if they have a little bit better equipment for the job at hand than the tow truck used by the police to originally try to pull it out.

This one hasn’t seen the light of day in quite some time. In this video, we get to follow along with the recovery effort along with seeing exactly what a Corvette stored underwater for decades looks like. – Adventures with Purpose.

Checking Out a $7,000 Border Patrol Raptor, the Cheapest in the USA 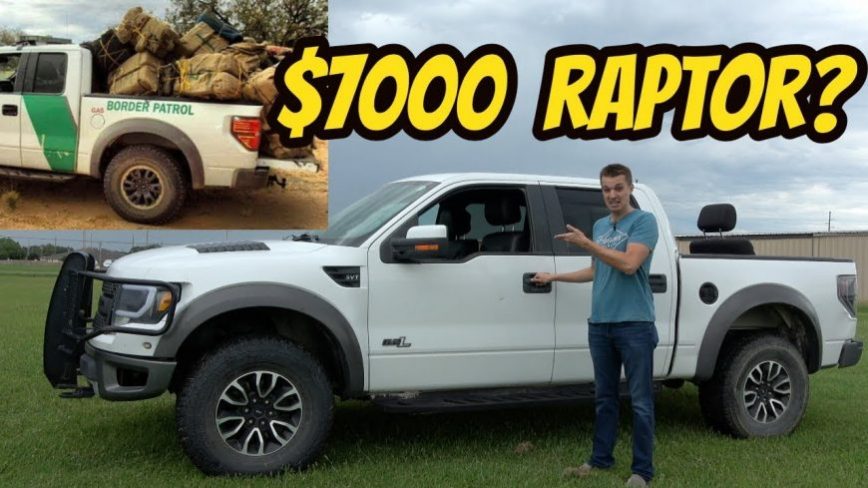