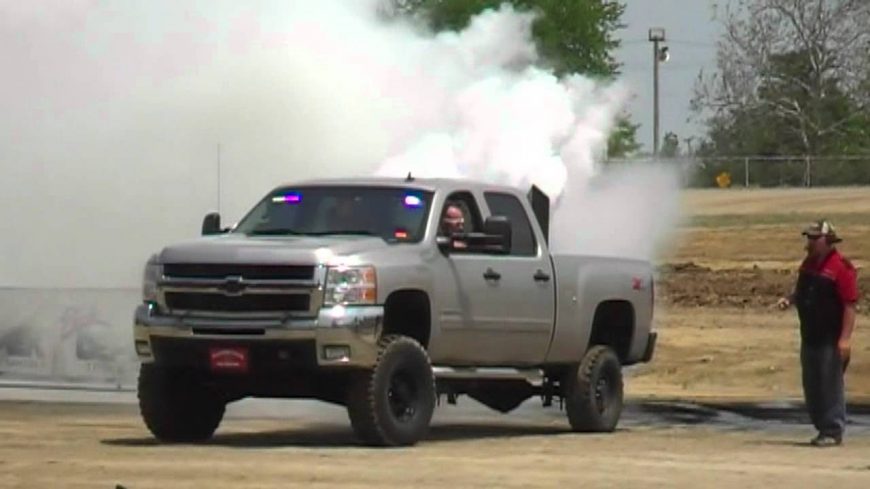 When it comes to showing off just how much you’re willing to beat on your vehicle, there are a lot of ways that you can do it but entering it in a burnout contest is definitely one that might take the cake. The idea here is to do as much damage to your tires as possible, killing them as quickly as possible and sending a cloud of white smoke into the air as you bang your vehicle off of the rev limiter, really spinning that rubber as quickly as they possibly can be spun without catching traction so that you can really put on the ultimate show.

This time, we check in with a Chevrolet owner who appears to have gotten himself in a burnout contest and immediately afterward it would appear as if this guy is really regretting that decision. Normally, In a burnout contest, the car tends to go home alive as the contest can beat on your ride a little bit more than you normally would but doesn’t really tend to blow up engines all that often. However, in this situation, it appears as if the Duramax powered machine pictured here really wasn’t having it as the owner laid into the throttle, sending plenty of smoke into the sky and simultaneously killing off the diesel-powered truck.

If you check in with the video below, you get not only a stellar burnout display but also a little bit of carnage to go along with it. You have to feel for this guy because it’s pretty easy to put yourself in his shoes. All that he wanted to do was put on a show but would end up going home with little bit more than a hefty repair bill as he simply pushed the envelope further than what this pickup truck was willing to take.