Our buddies over at Urban Hillbilly have been quietly working on a little project, ...

The car isn’t quite ready for the track, but as you can see, there’s been quite a bit of progress made thanks to the guys over at 417 Motorsports, who have handled the build. I can’t tell much about the combo other than it’s an LS-based engine with a shmedium sized turbo force-feeding air into the throttle body. The engine sounds pretty mild, meaning it’s likely a stock bottom end 5.3 type of build, which we have seen stand up to a lot of boost and lay down some killer numbers in various other vehicles.

As for the chassis, this build appears to be an early-mid 60’s Chevy II, I’m assuming a ’64 or so based on the shape of the rear of the car. The headers and fab work on the cold side of the turbo look great, a testament to the skill and talent featured at 417 Motorsports. Much like their channel and videos, the build wouldn’t be possible without the sponsors listed, which helped contribute to the build itself along with keeping the channel up and running.

There is still quite a bit left to do to get the car track ready, but having the engine running and the turbo spinning are big steps in the journey. It will be interesting to see if the Urban Hillbilly guys take the car no prep racing or if they will light the boards and jump in a class with the car. Whatever they decide, the car should be capable of putting 1,000 horsepower or more to the wheels, and we’ve seen with Daddy Dave’s build that these cars can be made to work really well on both a prepped and unprepped racing surface. 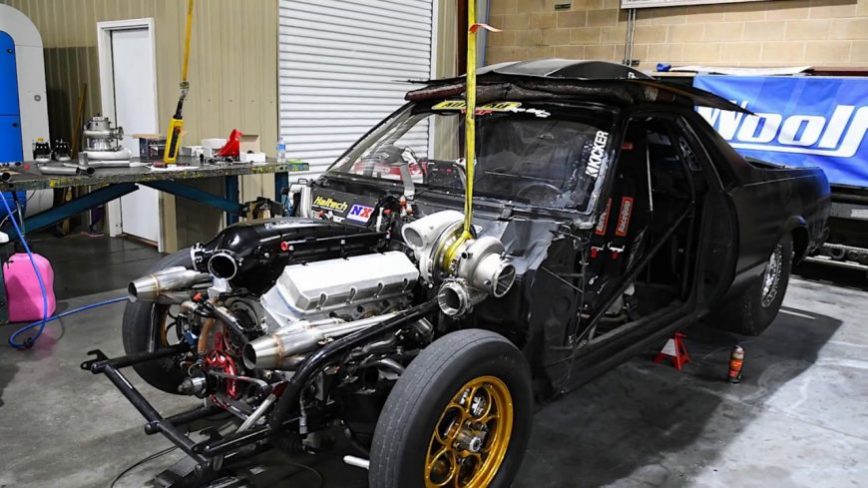