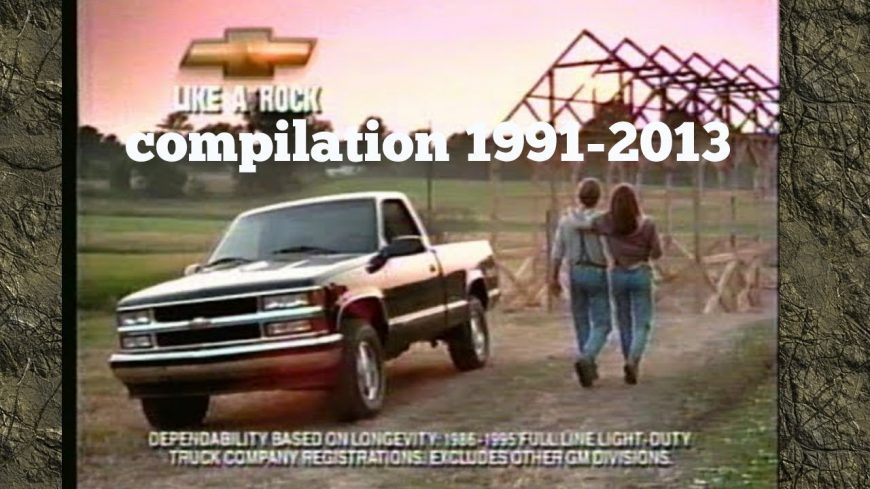 I think it is safe to say that over the years, advertising has definitely changed. We’re not only talking about the format of the advertising as obviously internet ads have gotten a lot more popular in recent years, but also the content within those ads. While advertisers might brush up on the same concepts, the way that they deliver their message kind of has changed a little bit. On the other hand, though, maybe we’re just crazy and they keep on putting out the same thing over and over again except doing it with a higher budget and better cameras. I guess we’ll leave that up for you to decide.

In any case, this time, the concept that’s on the table for discussion is the Chevrolet Silverado ad campaigns over the years as this video takes the liberty of compiling them all the way back to 1991 and bringing them up to the year 2013. It seems like, in order to sell these trucks, the company has been tapping into peoples’ emotions and trying to make them feel like this is really something for the blue-collar working man, slinging around that “Like a Rock” slogan like around like it’s going out of style is accompanied by all sorts of imagery about how functional these trucks are and what you’ll be able to accomplish behind the wheel of your Silverado.

If you follow along down in the video below, you’ll be able to soak in a little bit over a decade worth of Silverado commercials that shows you what Chevy thinks is the ideal person to be behind the wheel one of the trucks. After soaking in this emotional, or at least what Chevy would call an emotional display designed to get your attention, be sure to tell us what you think about the evolution of these commercials and where they are today. When being soaked into sweet nostalgia in some of those older commercials that you remember watching in what will soon be 30 years ago, do you think that we need more advertisements the way that they used to be?