You know what they say, if you play stupid games, there’s a good chance that ...

You know what they say, if you play stupid games, there’s a good chance that you’re going to win stupid prizes and this time, we check out a situation where some people made some poor decisions and it didn’t end up coming together as planned for all parties involved.

We watch as the driver behind the wheel of this Duramax powered Chevrolet Silverado decides that he wants to lay into it a little bit and put on a show, making some smoke with a couple of donuts while people are hanging out of the side of the truck and sitting in the bed. I don’t think that I really have to spell out exactly why something like this is dangerous.

Now, as the truck is swung around like a rag doll, it looks like the tailgate manages to fail, leaving the guy who was leaning against it to support him at the liberty of momentum, flying in whichever way the truck would dictate that he moved when the parts failure had this guy in unwanted motion!

Check out the video below as this situation doesn’t quite pan out the way that they had expected it to but thankfully, it looks like a man that got flung from the back of the truck wasn’t too badly injured as he was able to get up under his own power. I bet this will have him thinking twice before he decides to do something like this in the future, though. 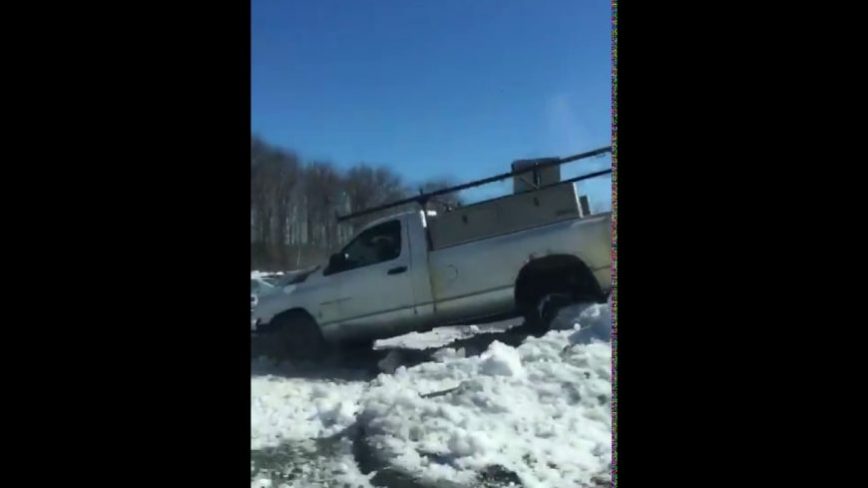