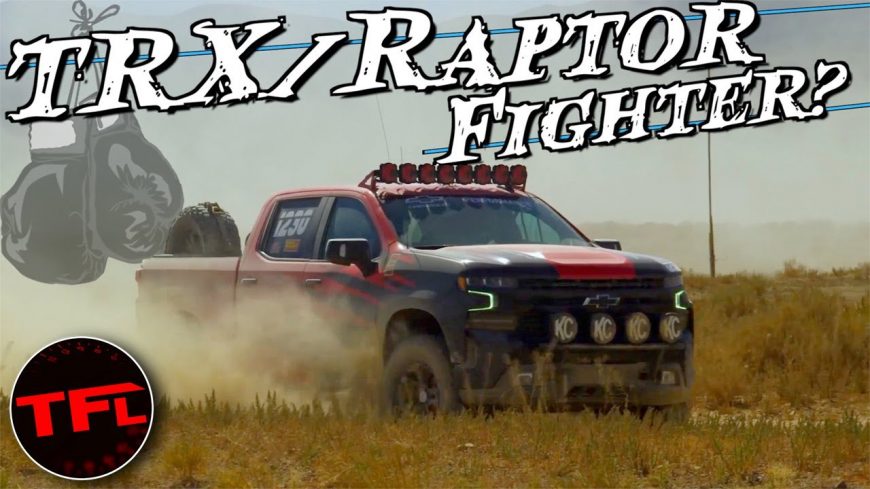 I think that I could speak for GM performance enthusiasts when asking “What gives?”

It has been a pretty long time since we have seen a successful performance truck from the likes of General Motors. However, in the recent landscape with the performance truck landscape heating back up once again, we have been wondering if they’re going to throw their hat in the ring.

With the fierce battle going on between the Ram 1500 TRX and Ford Raptor, it would seem as if maybe The General has something up its sleeve. However, neither Chevrolet nor GMC seem to have spoken a peep about an official release of a performance truck. Perhaps, they don’t see very much value in the market but this isn’t something that has sat well with performance enthusiasts.

At this point, we might all just be grasping at straws. However, the folks over at TFL Now seem to have found a little something to perhaps get excited about. In the off-road racing series known as “The Best of the Desert,” they have spotted a Silverado race truck. The machine shares many features with the Silverado that we all know and love except it appears to be a high-performance off-road variant. The reasoning stands that maybe they could spin this performance truck into some sort of offering in their consumer lineup. There hasn’t been a single peep about this becoming a reality, though.

Theoretically, something like this just makes too much sense. I’m definitely no engineer, however, with the architecture behind the Silverado being similar to that of the Corvette, we would think that it wouldn’t be too much of a stretch of the imagination to think that there could reasonably and affordably be an upgrade to bring everyone’s favorite full-size Chevy pickup into the performance truck conversation once again.