China Plans $200 Billion Underwater Train to the US 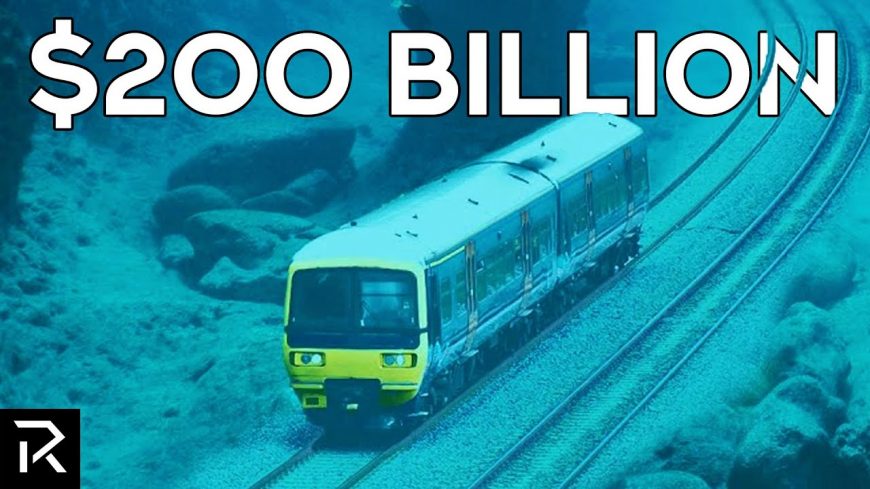 Sometimes, when we hear about certain technological advancements, we just have to see them believe them. In this day and age, technology is moving at such a rapid rate that some of these unbelievable ideas have actually come to life but others just seem so far-fetched that we really can’t imagine them being a reality.

This time, we check in with a concept for a train. However, unlike other trains that, you know, use tracks on land, this particular train will operate underneath the surface of the water.

In concept, it really doesn’t seem impossible. After all, if submarines can exist, why can’t somebody figure out how to make a train waterproof like a submarine while cruising along a rail under the surface of the ocean?

Apparently, that’s how one group of engineers is thinking as they have proposed a bullet train that will ride underwater. The rail will go under the surface of the ocean and deliver passengers to China, Russia, Canada, and the United States.

Naturally, we can’t help but have about a million questions about this thing as it’s just kind of tough to wrap our heads around. However, it would be incredibly cool to have this alternative to airline travel, especially if the cost could be cut down. Being able to have the comfort of moving around a train might just be worth it even if it takes a little bit longer to get to your destination.

Down in the video below from TheRichest, we get to dive into how exactly something like this might work. Personally, I can’t help but be a little bit skeptical and I get a feeling that most other folks will feel the same. However, I would certainly love to see this engineer or group of engineers shut me up and have this incredible idea come to life.