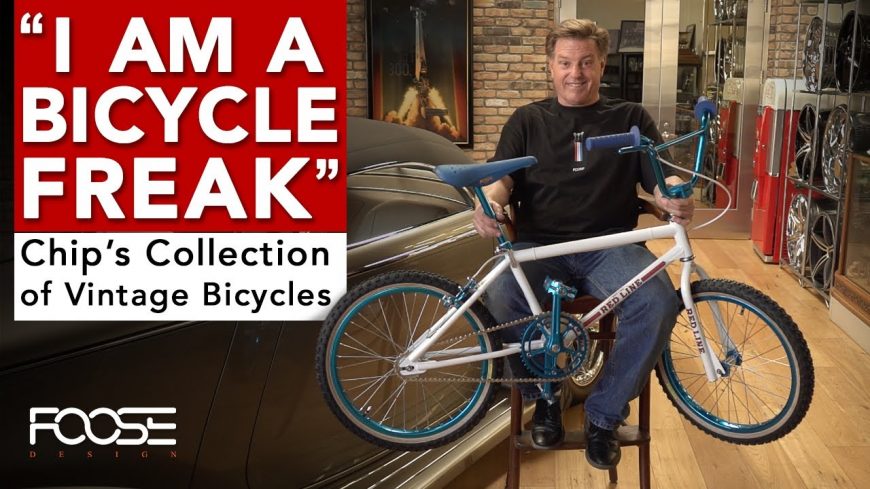 Every well-versed gearhead knows about Chip Foose. As one of the automotive industry’s most popular designers, he has really built himself quite the following. If being a master of the craft wasn’t enough, his appearances on shows like Overhaulin’ really bolstered his reputation.

While many would immediately think of some of the crazy designs that he has put together, Foose wasn’t always like that. When he was younger, in fact, he started off on something different with wheels. To this day, he continues to foster the passion that very few know him for.

Back when Foose was 12 years old, it turns out that he had a thing for bicycles. As we look back over time, the lineage really makes sense. As one could imagine, Foose didn’t just purchase these bicycles. Instead, he got various bikes, broke them down, and customized them. Obviously, it’s not practical for 12-year-old to be able to customize cars. Therefore, he used what means he had. Not only did he customize the bikes, but he also turned it into a sort of small business. Foose would sell the creations to the children of the neighborhood.

All these years later, Chip Foose followed the roadmap to success while staying on a predictable path, in hindsight. It’s pretty crazy to see how these beginnings relate to where he currently is in life. At this point in his career, Foose is one of the most highly regarded people in the industry. It just goes to show that someone could start from pretty much anywhere. With some hard work, determination, and a little bit of luck, you never know what persistence can turn into.

By following along with the video below, we trace our finger back over the journey. We even get to see what it all has turned into today. Foose still maintains a vintage bicycle collection that might be one of the best of its kind.

« Dale Earnhardt Jr. Ponders What Dad Would Think if he was Still Here Today