Still licking his wounds from being dethroned as the #1 man on the 405’s Top 10 list, Chuck headed to Bristol looking to take out some aggression on the 32 car field. He would draw a tough opponent in Larry Baker and the Baker’s Rod Shop Impala, so Chuck knew he had to lay it down to get the round win. The battle of twin turbocharged hotrods would prove to be an epic race that sent the fans into a frenzy.

Chuck’s Death Trop Mustang is powered by a boosted small block Chevy that cranks out a ton of power while still being lightweight and allowing the car to transfer weight to the rear tires as well as any car we’ve seen. Baker’s powerplant is a big block that probably is capable of making more power than Chuck’s but is also heavier so the task for both cars comes down to finding that balance of power in moderation to get down the tricky no prep surface as quickly as possible without losing traction. Let me just say, these cars did that as well as any two cars to ever line up on an unprepped racing surface.

After laying down some fresh rubber, both cars pull to the line and build boost before bumping into the staging beams and hitting the green light. Both cars left hard with Chuck’s lifting the hose high into the air as he pulled out just ahead of Baker. The Death Trap is known for leaving hard and that hole shot is exactly what Chuck needed to take the win, as the cars stayed locked about a car length apart through the 1/8th mile. 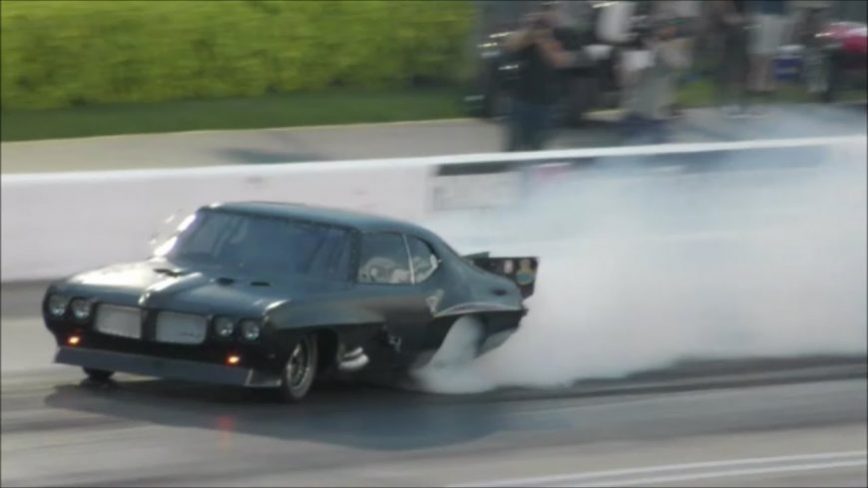