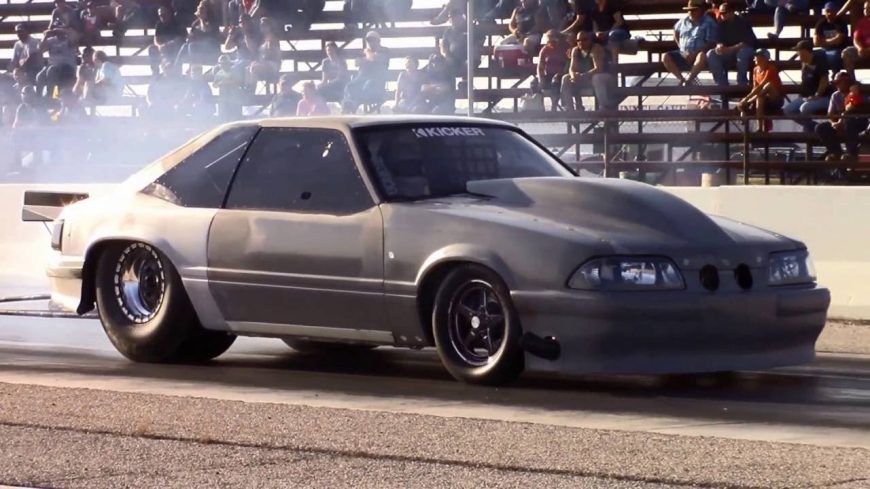 Chuck’s Death Trap Ford Mustang hasn’t been sitting on its big tire setup for all that long, but that doesn’t stop Chuck from getting into action.

This time, we watch the feisty Stang making passes again against the Boost Madness Buick Grand National in a wild straight line throwdown.

While the Buick struggles for traction off of the line, Chuck manages to hook and book, rocketing his way down the track to an easy victory.

Check out the video below that shows off a bout that went down in the lanes of Amarillo Dragway. We can’t wait to see what else this killer big tire Ford Mustang has in store and what Chuck will get into next.