Civic Burnout Pisses Off Old Guy in a Hot Rod!

Civic Burnout Pisses Off Old Guy in a Hot Rod!

You have to know if you stop in the middle of the street to lay down some fresh ...

You have to know if you stop in the middle of the street to lay down some fresh rubber, there’s a real good chance the driver of the other cars joining you on the road just might not be happy about your antics. However, as with most gear heads who find themselves in front of a crowd pushing them to light ’em up, this Honda driver can’t resist the temptation to smoke out this quiet residential street.

The four banger backs up and drops the hammer, locking down the back wheels while the fronts spin and create a big cloud of smoke. As the smoke show continues, a classic hotrod comes down the street from behind the Civic and sees the hijinx and wants no part of it, so he decides to hit the other lane and pass him by. There’s just one problem with that plan, as you’ll see in the video below.

Just as the classic hotrod pulls out to go around the smoking Civic, the Honda driver lets off the brakes and carries his burnout down the street. That alone isn’t that big a deal, as there’s not much more fun to be had in a car than doing a rolling burnout. Whether or not the timing was coincidental or if he saw the classic ride going for the pass and let off the brakes to keep him from passing isn’t clear, that’s how it went down.

The Civic manages to hold off the antique and keep him in his rearview mirror, causing the old hotrodder to have to merge back into the right lane behind the Honda as the cars proceed down the block.

While we have to assume the driver of the classic street rod just wanted to go on about his day, it’s pretty clear when the Honda let off the brakes he wanted to pass him to prove a point. When he was unable to do so, it probably felt a lot more like losing a race than he’d anticipated. 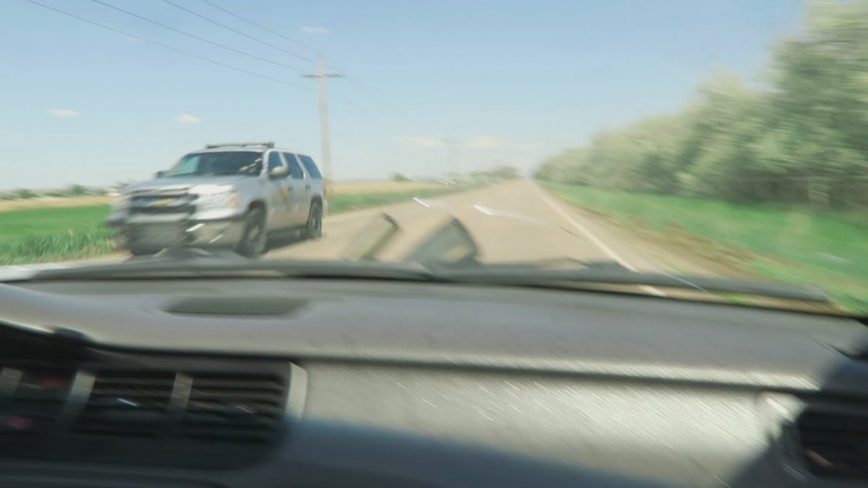