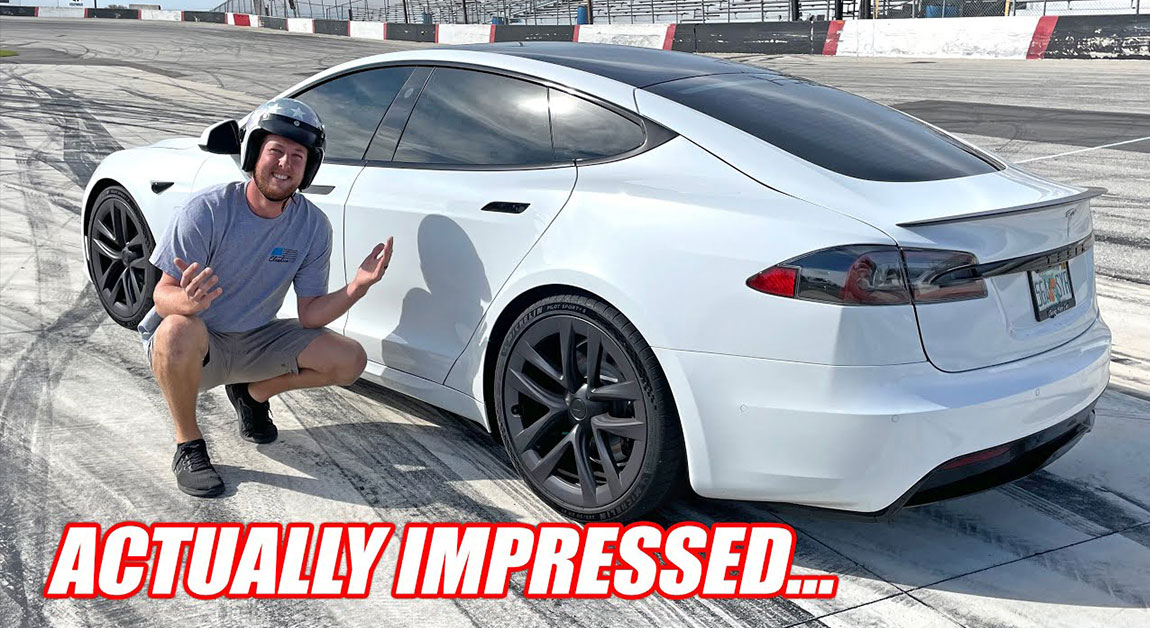 If you ask around, Cleetus McFarland might just be one of the most red-blooded American performance enthusiasts that there is. One spin of his YouTube channel shows us everything from big blocks to off-road monsters and everything in between.

However, with the electric car technology that has been making its way into the market, even a fellow like Cleetus who has high-octane fuel in his blood might be able to make a little bit of room for an electric vehicle in the fleet. At the end of the day, electric cars are getting so impressive on a performance front that it’s really hard to ignore them, even if you’re somebody who loves the roar of a V8 on a sunny afternoon.

Even though a lower-trim Tesla Model S would be good for a 10-second quarter-mile, this 1000 hp beast of a car laughs at a 10-second quarter-mile as it dips deep into the 9s straight out of the box. Not only that but the all-wheel-drive and electric combo is good for a quick hit of power off of the line that makes every ounce of blood rush straight to your face when that throttle is stomped on.

Down in the video below, we see some reactions as Cleet’s crew, who are all incredibly familiar with horsepower, take a spin in an electric monster to see if it lives up to the hype.

Who knows? After borrowing a car like this, maybe Cleetus will be inclined to add one to his own fleet.