Clint Bowyer Snaps After NASCAR All-Star Race (Is This What NASCAR Needs?)

Clint Bowyer Snaps After NASCAR All-Star Race (Is This What NASCAR Needs?)

With a vastly fluctuating attendance, there has been much debate as to what NASCAR ...

With a vastly fluctuating attendance, there has been much debate as to what NASCAR needs. The sport is always changing and sometimes, fans don’t really agree with the updates that are brought to the table. With the recent trend in attendance, it’s pretty clear that NASCAR might need a swift kick in the rear end in order to get it back on track. We aren’t sure exactly what that entails but situations that get heated tend to bring a lot of attention. It doesn’t matter if it’s on the NASCAR track or elsewhere. Most can’t help but check in where there’s a good bit of drama.

Now, we definitely aren’t condoning physical violence. However, when mashing together the stress of a race along with human emotion, things can be rather volatile. When drivers get pushed to the edge after a long and exhausting performance, the situation might just boil over. At the end of the day, whether or not NASCAR deems a situation like this acceptable, drivers are going to follow their hearts. This might mean throwing a couple of words back and forth. Other times, it might escalate to a physical level.

In this particular situation, we follow along with that managed to unfold after a race. When Clint Bowyer and Ryan Newman were near each other only cooldown lap, it turns out that they got into contact. This would send Bowyer’s car in to the wall. For those unfamiliar, this cooldown lap comes after the race is over. Therefore, there’s absolutely no reason for two drivers to come in contact with one another. Furthermore, it means that Bowyer laid some major damage on his ride for no reason.

From here, it doesn’t look like this was any sort of malicious behavior. However, Bowyer didn’t take it that way. Right after the race, he would rush Newman’s car after apparently taking the situation personally. After such a long competition, it’s easy to see how a couple of racers could get heated over such events.

Do you think Clint Bowyer was in the right rushing Newman like this? As of now, NASCAR officials aren’t going to assess any penalties. They are, however, going to keep an eye on the dispute. 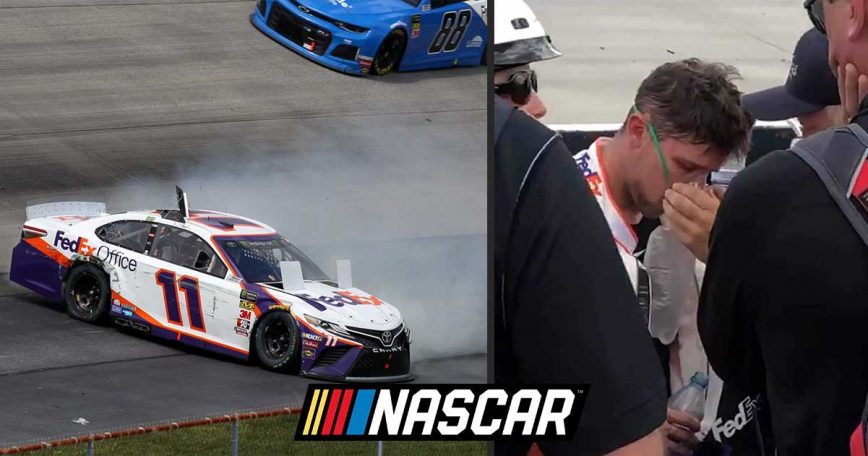