VIDEO: Coast Guard Captures Narco Sub With $69 Million in Cocaine On Board 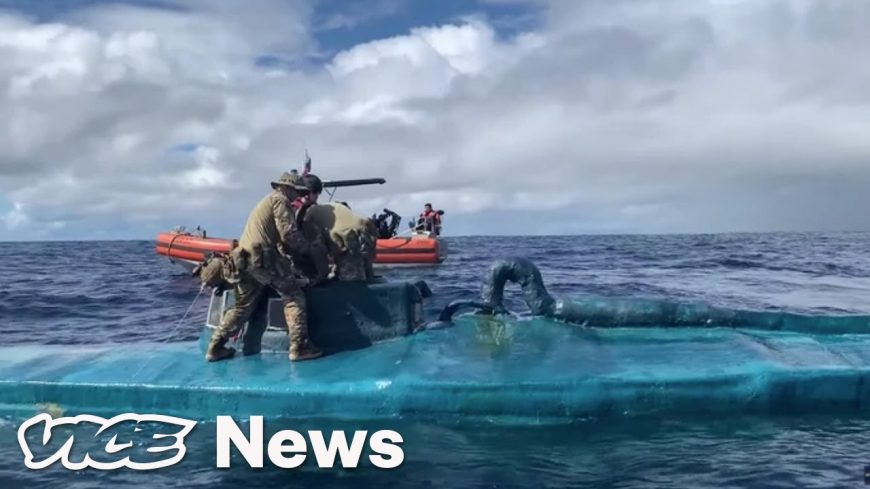 It has been decades upon decades and still, the war on drugs rages on. With everything going on in the news today, it can be easy to forget about operations like this. However, every single day, millions of dollars are being spent and lives are being put in risk and lost in order to stop the trafficking of drugs into countries like America.

However, even with the associated risk, the profit margins are huge for the bad guys. This is what keeps drug traffickers going in their pursuit of making a dollar. For those actually doing the transporting, though, the risk is high and the reward is little. Without digging too deep into it, let’s just say that there is a lot of nastiness floating around in the drug trade. Hopefully, one day we will eventually see the end of it.

This time, we get a firsthand look at just one small step toward limiting drug trade violence. In the small step, the Coast Guard manages to intercept a makeshift submarine in the Pacific Ocean. The submarine occupied by Narcos was said to have been hauling a rather large amount of cocaine.

The Coast Guard would announce that its cutter ship, the Harriet Lane, managed to seize 5000 pounds worth of drugs from the semi-submersible vessel. On board, there were four suspected smugglers also apprehended on the October 23rd bust.

Apparently, the Coast Guard got there just in the nick of time. From more details in the release, we learn that the craft was equipped with a system designed to sink the sub to destroy evidence.

In the video below posted by VICE News, we watch an astronomical amount of cocaine removed from the ship. As the video goes on, we almost lose count of how many massive bags were apprehended. The street value of these drugs is said to be about $69 million.