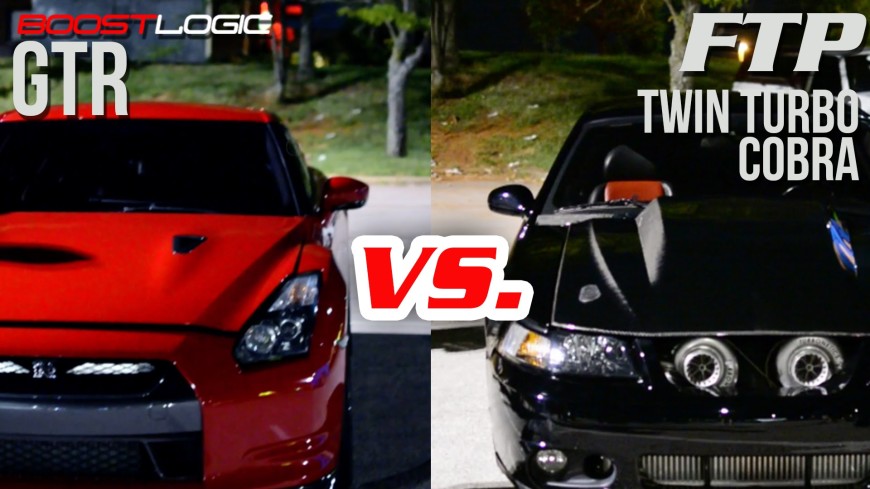 When it comes to racing, unfortunately, the event doesn’t stop on the pavement most of the time. Often, there’s a lot of social media back and forth before and after the race.

This time, we catch up with a pair of car owners who are more than confident in their setups, but at the end of the day, the street settles all arguments.

In one corner, we have twin turbo Ford Mustang Cobra boasting a 427ci small block Chevrolet and in the other, a heavy hitter in a 1300hp Nissan GT-R that’s ready to go blow for blow with the toughest in the streets.

Check out the action below as words escalate to a race and all of the nonsense is settled once and for all with a mano y mano duel in the streets.

BMW STREET RACING WITH NISSAN GTR ENDS IN A CRASH