Collection of Crash and Fail Moments on the Nürburgring Will Get Your Adrenaline Flowing on a Monday! 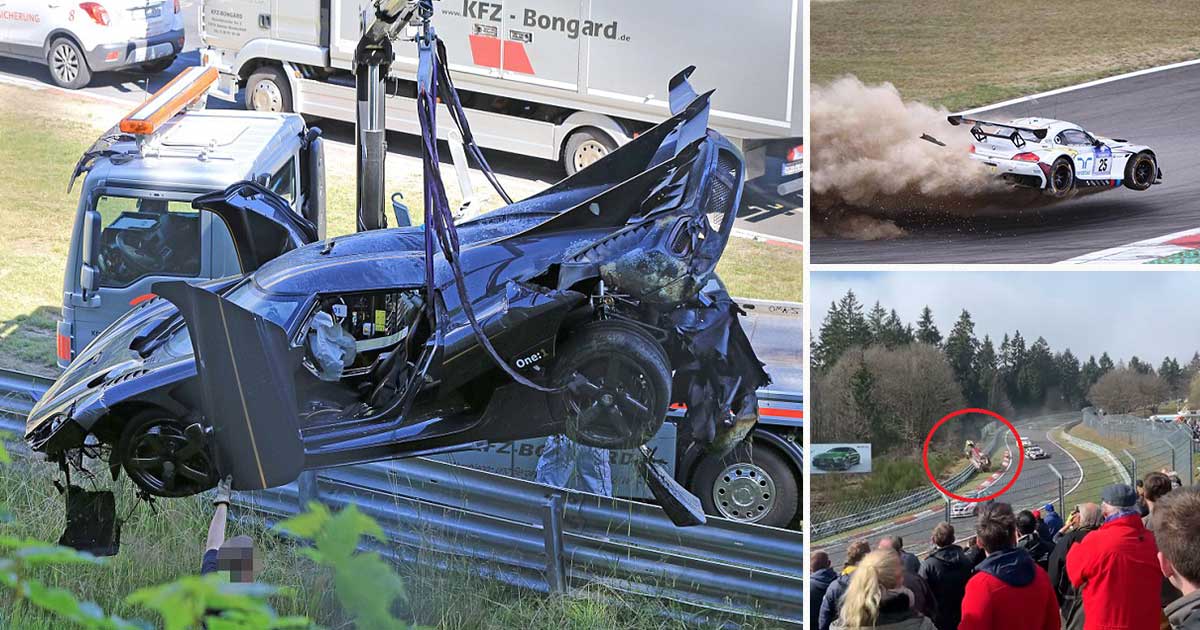 The Nürburgring is well known as a benchmark for professionals to try and go out there and lay down records. What a lot of people don’t know is that the track also acts as a public driving venue as well. As one can imagine, every once a while, there’s going to be a little bit of a tangle. This is especially true with novice drivers. It can end up doing some damage.

For those who thought taking their car to the drag strip was risky, just imagine throwing it around the curves. In addition, this is one of the most diverse tracks that the world has to offer. It’s crazy to think that novice drivers are going to be able to handle that! Maybe easing their way into it is the best bet.

In this one, we take a look at some of the most intense crashes that the track has to offer. All appear to have happened during these public driving sessions. If I were to make something of a recommendation here, I would probably have to say that you shouldn’t take your car on such a track if you don’t plan on being able to lose it. After all, all these people are probably up to the creek without a paddle in terms of insurance and have to now figure out how exactly they’re going to go about making themselves whole from this kind of damage.

By following along with the footage below, we’re able to see some crazy accidents unfolding. There’s no denying that some of these instances had to be a bummer for the individuals involved. However, they should consider themselves lucky that they made out in one piece. From what we understand, none of these incidents caused life-threatening injuries.

Hopefully, drivers would find that the juice was worth the squeeze!