Collector Shows Off Diecast Car Collection That he Paid Over $100,000 to Obtain

Collector Shows Off Diecast Car Collection That he Paid Over $100,000 to Obtain

Just when we thought that wrenching on a real-life car was something that could ...

Just when we thought that wrenching on a real-life car was something that could punish the bank account, along comes a collector who really takes his hobby to a new level. While these cars aren’t necessarily “Real,” the collection goes into such depth that we can’t help but take a close look.

We knew that diecast cars could be expensive but we would never imagine that somebody could spend six figures putting together their perfect collection. As the owner of the collection describes it, he says that he might even have a little bit of an addiction to collecting all of his favorite exotic cars in scaled form. He has so many diecast that it truly stands to make most peoples’ heads spin.

At over $100,000, some of these exotic cars could potentially even be purchased in real life. Instead, though, this collector has made it his job to go out and find a whole variety of the special or otherwise rare diecast collectibles that really bring his vision to life. Plenty of them goes into extreme detail, as well, racking up the price tag as many of these units are simply not cheap.

It’s kind of hard to imagine dropping that kind of money on something like a diecast car collection. However, people who don’t understand the passion for cars probably question those who drop big money on making our cars faster as well. At the end of the day, where there are a passion and a will, there is a way. This time, that passion just so happens to have spiraled out of control to result in one of the most impressive supercar model collections that the world has ever seen!

Below, we get to dig into the bunch, finding out, once and for all, how it’s even possible to spend that much money on model cars!

Restoring Hot wheels Of Brians Supra From Fast And The Furious 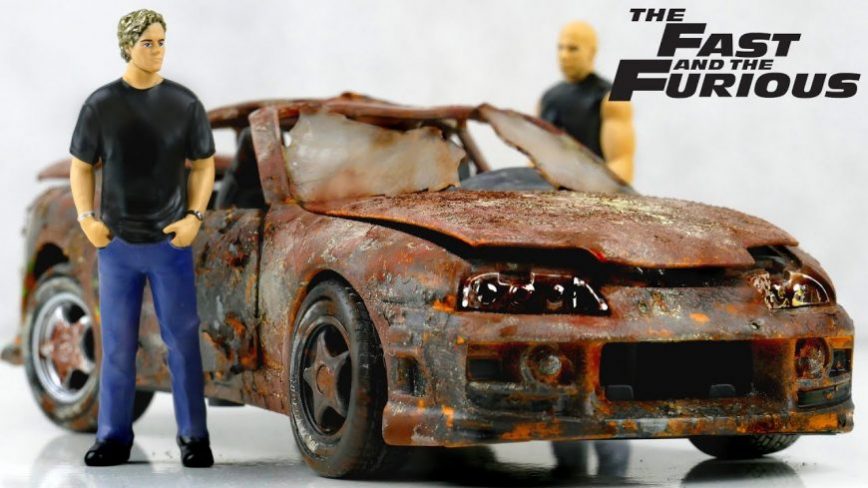