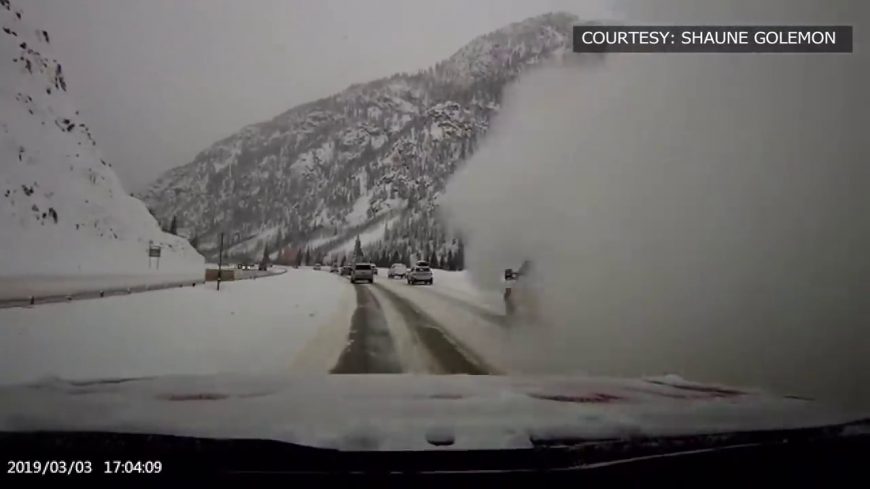 When mother nature wants to strike, we really never know what’s to come of it. One moment, conditions might seem pretty normal but the next, the atmosphere could erupt into something that nobody saw coming. That would be the exact situations for motorists on I-70 in Colorado just a couple of days ago. The highway travelers would be greeted with something that seemed like a situation straight out of a Hollywood movie. The drivers would make their way along the highway on a somewhat gloomy day. While the sky wasn’t exactly clear, it didn’t seem like there was any imminent danger looming over the horizon. Nothing seemed out of the ordinary.

However, all of that would take a swift turn in a hurry. There was almost no indication as the motorists made their way down the highway, but all of a sudden, snow would be absolutely everywhere. From the mountains in Colorado came a sudden avalanche that severely blindsided all of these drivers. It would dump more snow than anybody knew what to do with. Obviously, Colorado has become known for situations like this but it’s not exactly something that one would expect while just minding their own business and traveling down a crowded road. If we want to start talking about a jump scare, this is about the ultimate real life version.

By following along with the video below, we can chase down the exact moment that it all unfolded. Luckily, no reports of injury followed the story. However, we would certainly assume that there might have been a couple of insurance claims that came about after the massive snowstorm unfolded right in these drivers’ laps. Reports say that the snow was powerful enough to push the cars into the median. If there’s something that could cause the adrenaline to really start pumping, this is it!