Company Transforms Original Hummers Into Something That Doesn’t Suck 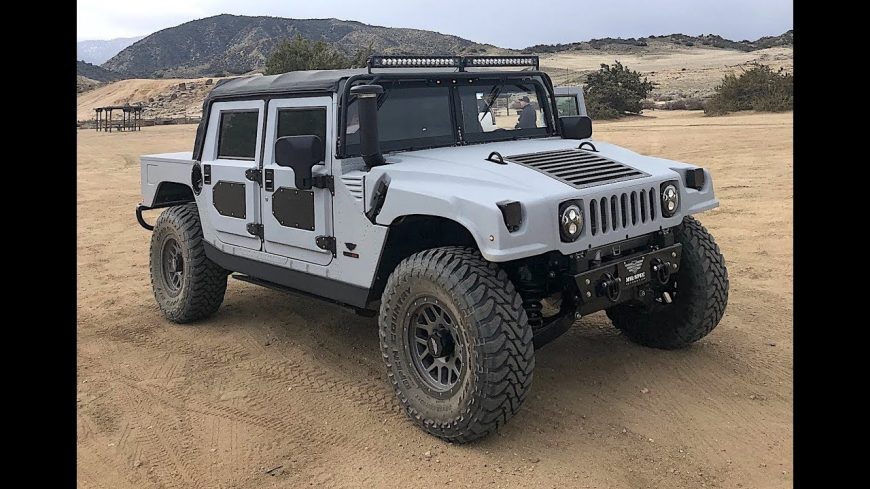 In this day and age, certain luxuries have come into the norm that we’re just used to finding in vehicles. Whether or not the vehicle in question is a base model, we all expect some sort of smooth suspension along with maybe a couple of amenities to get us along. However, sometimes, there are vehicles that, while they might have clout behind them, certainly aren’t as great as the reputation has built them up to be. One example of this is the original Hummer.

Sure, these things can be rather expensive and have built that rough and rugged reputation. However, when it comes down to it, it turns out that they are pretty rough around the edges as they were designed to be nothing more than a utility vehicle. Some might even argue that they struggled at their one and only role.

In this one, we get to take a look at a Hummer that has been altered by a company by the name of “Mil-Spec.” Essentially, what this company does is takes the Hummers that were subpar and attempts to bring them to a place where they’re enjoyable to drive. From being underpowered to having absolutely no features, the original Hummer really got a lot of flak. It wasn’t until the very last rendition of first-generation Hummer that we saw something that was a solid base to be respected, The Smoking Tire.

In the video below, we checked out Matt Farrah’s opinion on what $200,000 worth of Hummer is able to buy someone. Mil-Spec has undergone modification of literally everything. We aren’t just talking about slapping on some upgrades things but instead stripping this thing down to the frame. From there, they rebuild components from the powertrain to the suspension, interior, and just about everything else. This particular version is fitted with a 6.6L Duramax diesel engine and Allison transmission which are guaranteed to make it the machine a little bit more worthy under the hood. When all is said and done, the combination makes 500 hp and 1000 tq to play with. However, that’s just the beginning.

« This Is Why You Never Trust a Diesel Truck!