Company Warns Her They’re Going To Get Towed, She Refuse To Listen! 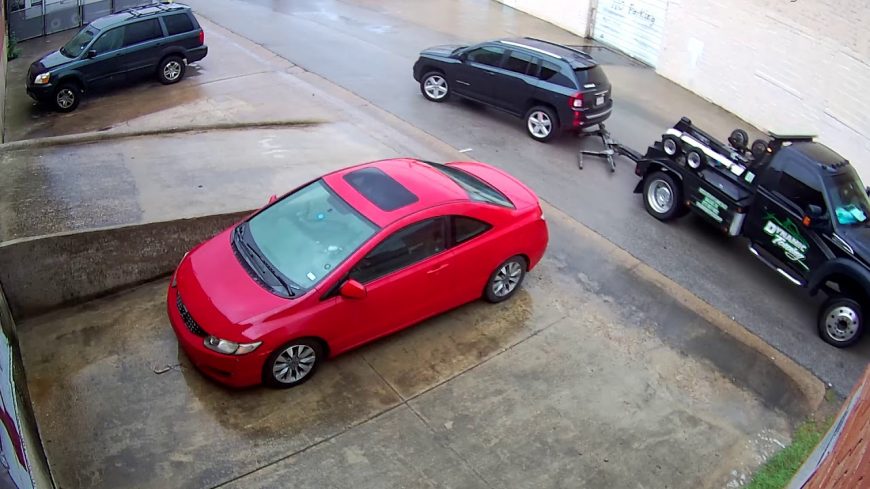 Normally, when an area is marked that you can’t park there, that’s as much warning as you’ll get. As angry as people might get when their car gets towed and stashed in an impound lot, it doesn’t change the fact that you’re responsible for where you leave your car and generally, nobody is going to hold your hand and help you to decide where to park. However, as it turns out, this business decided that they would lend a hand to those that park outside, calling out to them over a loudspeaker before dialing up the tow truck and getting them to remove the vehicles from the premises.

It’s pretty amazing, though, how some people can manage to be so concerned with their own affairs and oblivious to the world around them, though, so that even such a blatant warning isn’t even enough. You’d think that someone calling out to you over a loudspeaker, practically calling on you by name and warning that your car is going to be towed would make you hop back in and park it around the corner but apparently, even such a direct warning can go in one ear and out the other for some folks. It almost doesn’t seem real!

If you tune in to the video below, you’ll be able to watch as this interesting situation unfolds in front of our eyes when somehow, people still managed to get their cars towed after being warned several times. Just when you thought that people didn’t have any surprises left in them and you’d thought that you’d seen it all, something like this comes out and really makes you scratch your head, wondering how in the world things like this come together in the way that they do without folks picking up on the clues.