Comparing the Cheapest and Most Expensive Dirt Bikes of Amazon

Comparing the Cheapest and Most Expensive Dirt Bikes of Amazon

Amazon can be a rather amazing place. Who would’ve ever thought that the ...

Amazon can be a rather amazing place. Who would’ve ever thought that the website that started off selling books would eventually be a retailer that has been involved in pretty much every American’s life. Not only that but they’re one of the biggest companies in the entire world.

If someone were to go out and try to find an individual who has never purchased an item from the giant, they would probably have a pretty tough job ahead of them.

When most think of the online retailer, they probably think of more common products. Most likely, they’ve purchased electronics and other household goods. However, there are some categories on the site that goes above and beyond. We’re able to dive into just about any item that one could imagine, in fact. As it turns out, this even includes buying your very own motorcycle.

Now, if there’s one thing that Amazon has become well-known for, it’s being able to sell things cheap. Depending on how much research someone does, this can end up yielding them a pretty good deal. On the other hand, though, there are people out there selling cheap products that are basically junk and a waste of money.

By following along with the video below, we dive into this collection of dirt bikes to see which category they fall into. Could buying a motorcycle off of Amazon be a good idea? It’s time to find out just that as we dive into this review. 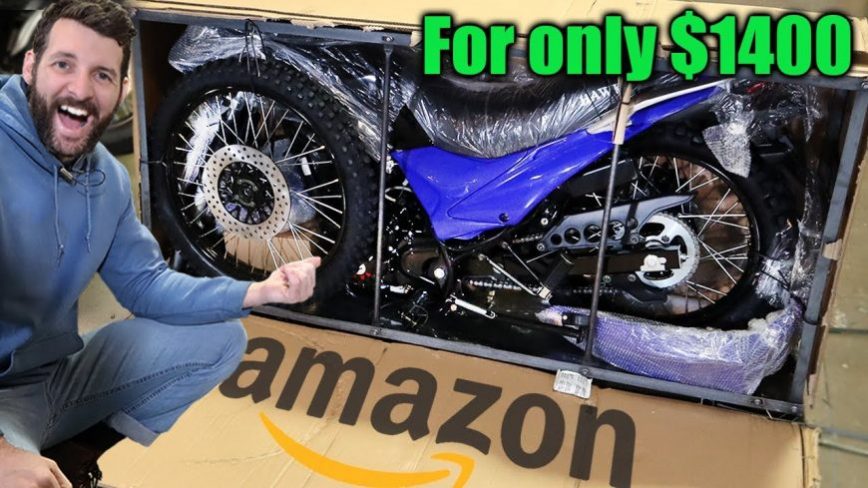