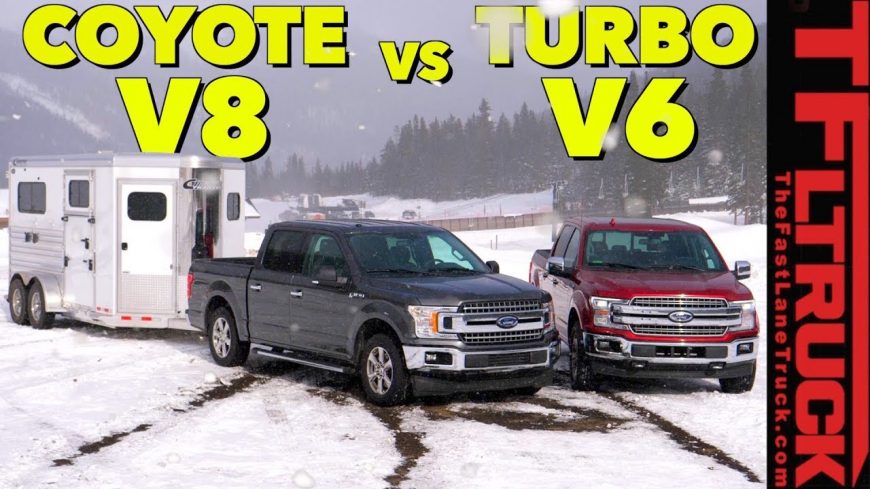 For those who have fallen in love with a certain way of doing things, hoping that the world of wheels would remain stagnant, they’re in for quite the letdown. Just about anybody who has kept an ear to the ground when it comes to everything going on in the world of wheels would know that it’s an industry that is quickly changing in just about every facet that one could imagine. It seems like cycle, that has an introduction going from new technology to the news of yesterday, is occurring faster than ever.

A perfect example of such a change in the landscape would be if, maybe five or so years ago, someone told us that, in 2019 a v6 would be posing a serious threat to a v8 in the world of gasoline-powered trucks, we would have probably laughed at the notion. In this world where low and torque is at a premium and drivers want to squeeze as much towing capacity out of their trucks possible, it just wouldn’t have seemed like a very logical timeline. It’s not something that very many folks could’ve seen coming, however, as Ford would continue their development on the EcoBoost application, it seems like these smaller displacement forced induction combinations are making their way into just about every single corner of the brand from trucks to the performance division and everything in between.

By following along down in the video below, we get to see just how a 3.5L v6 could compare to what can be expected of the 5.0L v8 that can be found under the hood of some of the newest models of the Ford F-150 in a towing test. After seeing a comparison like this, it might just make one reconsider the difference between the v6 and v8 applications. Looking at a comparison like this, it becomes clear that we can’t really count anything out when it comes to the future of motoring.

« GTO Couldn’t Get Traction In The Snow, Cop With A Ram Bar Came To The Rescue