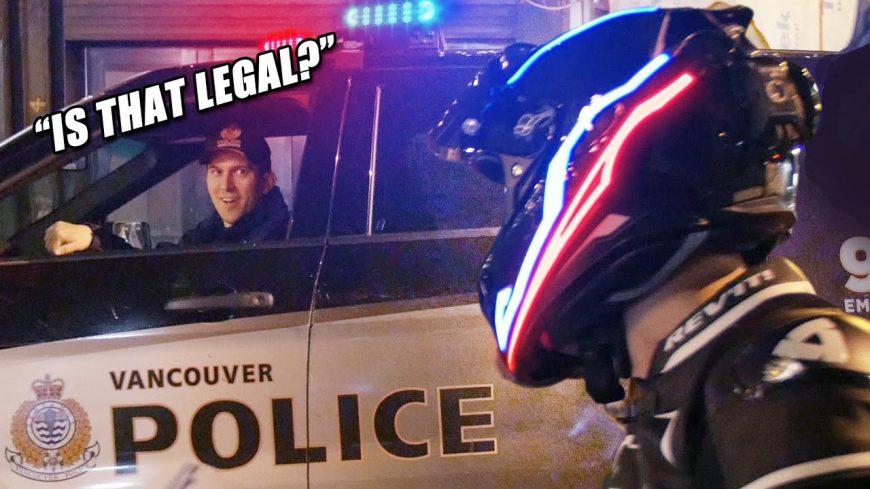 There’s a pretty big contradiction that happens in the automotive community. Funny enough, we are likely the people with the most active vehicle infractions as opposed to normal folks. However, with that, we also happen to be those who are probably most familiar with vehicle equipment laws.

In other words, we kind of has the distinction figured out between what’s illegal and what will get you a ticket. Sometimes, though, we push the boundaries just a little bit too much.

We would probably recommend making sure that you abide by all local laws. However, some of the modifications that skirt right around the law or brush up against it can happen to be the coolest. For example, who doesn’t like a well-placed set of neon lights?

As much as we enjoy living out the nostalgia of the old Fast and Furious movies, not all jurisdictions allow this sort of lighting. They especially tend to not allow the lighting when it emulates that of a police car by being red and blue and/or flashing.

This time, though, we get a look inside of a modification that really thinks outside the box. With these illuminating strips that are able to be attached to helmets, the light-up game is taken to just about any helmet that one could imagine. Whether it’s a ski helmet or a motorcycle helmet, these kits serve to really brighten things up.

By following along with the video below, we get to find out just that.

As it turns out, these lights end up drawing police attention but it actually doesn’t end up being bad most of the time. In fact, Mr LightMode says that the company has yet to receive a complaint from all its customers about police writing them a ticket. In this one, we get to check out a variety of police interactions with people wearing the lighting, which generally ends up being pretty positive.