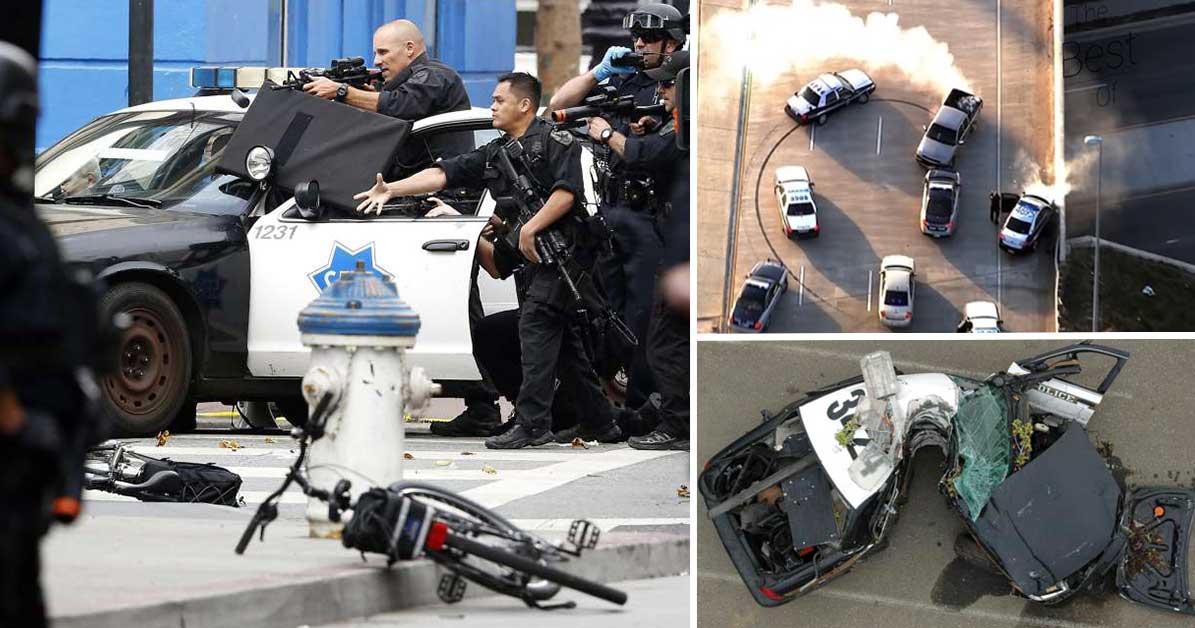 There is something about human nature that attracts our eyes toward the most dramatic and catastrophic situations imaginable. I think that the vast majority of us would hope that police chases end up staying short and sweet or nonexistent. At the end of the day, it’s in the best interest of the entire community and those involved in the chase that things don’t escalate that far. However, unfortunately, this is just a matter of fact that police chases can tend to get pretty wild at times.

When these chases do escalate, they might even end up creating video footage, sometimes, that is hard to look away from. Seeing if the police will be able to catch up with the bad guys is definitely something that a lot of folks can’t resist. It’s so juicy, in fact, that many times, Hollywood studios have even taken it upon themselves to re-create police chases in a variety of different movies. The car chase is definitely a staple of action cinema.

This time, we check in with the real-life counterpart to those Hollywood chase scenes. With the compilation video featured by a YouTube creator by the name of TheBestOf, we see some of the wildest situations that unfolded last year, in 2020. Involved in the mix, we find crashes, pit maneuvers, and takedown situations.

After watching this video, one thing is very apparent. That one thing is that it would probably be much better just to pull over and try your chances in court than it would be to attempt to getaway. At the end of the day, we feel like if the police truly want to get a suspect, they’re likely going to have pretty good odds. There aren’t too many cars that can outrun a radio or a helicopter when it really comes down to it.