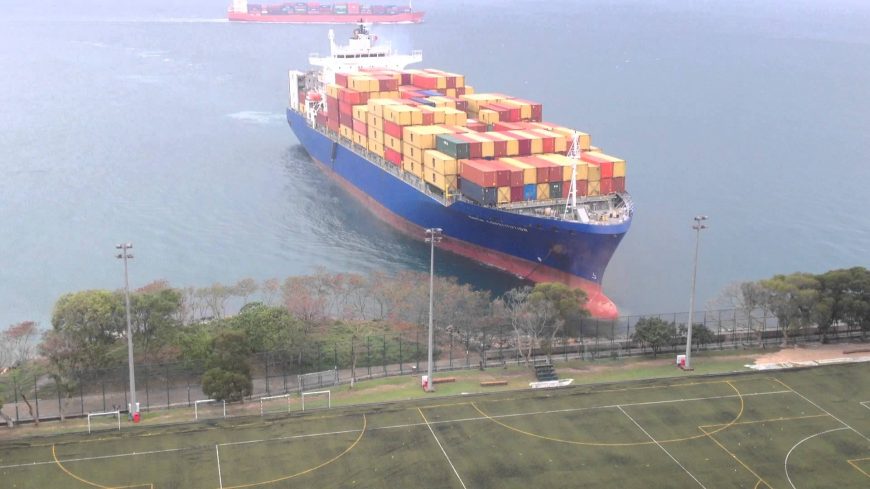 With a ship such as this 600-foot German cargo ship, there are a lot of factors that come into play when it comes to keeping it in line and on course.

Word is that said engine malfunction was the exact case here and, in order to avoid catastrophe in the shipping channel, this ship would head straight for shore, out of the way of the other boats.

It looks like some major damage is going to be done as the behemoth gets closer and closer to the shoreline, but at the last second, it slams on the brakes via the anchor and probably some reverse thrust.

Check out the video below as the cargo ship is able to beach itself just moments before doing even bigger damage. Either this is a case of extreme luck or this ship’s captain has some major skills.