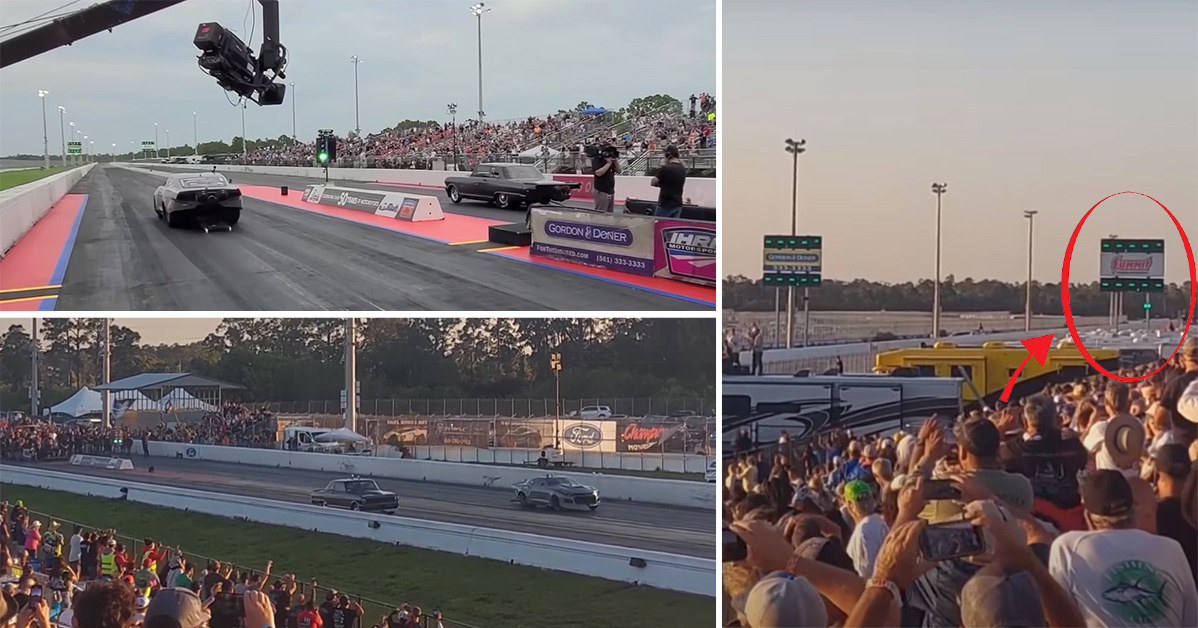 Would it really be drag racing without a little bit of drama sprinkled in the mix?

With a pairing like Daddy Dave and Ryan Martin, these buddies from the 405 don’t usually have a ton of drama thrown in each other’s direction. They’ve raced each other so many times that each one knows how fast the other is and generally if they do face off with one another, it’s a pretty straight-up and honest affair.

So what exactly was it that stirred the pot between Daddy Dave and Ryan Martin at this year’s No Prep Kings Palm Beach?
After we watched the pair go down the track, something seemed to be a little bit amiss when the win light went on for Dave. Dave certainly isn’t a stranger to winning but when his car appeared to be about a car length behind Martin’s, this is when things got a little bit questionable.

As confirmed by the next pair of competitors, this issue happened due to a malfunction that was setting off the win light on the wrong side of the track. Fortunately, these guys are friendly, otherwise, that definitely could’ve spun its way into a whole situation that ended in a rerun.

Down in the video below, though, from Street Outlaws No Prep Talk, we get a little bit more detail about exactly what happened and how it was handled. After getting the win light, it has to be difficult to hand over the win, even if you are pretty confident that there was a timing system malfunction. In fact, we wouldn’t be shocked if a competitor was able to force a re-run due to the error.

However, it looks like all was friendly after the race as Martin would go on to race in the next round to continue to compete for the event win.

« 1,650 HP “Fast and Furious” Charger is Probably the Most INTENSE Car From the Series