Cooking A Car In 10 Tons Of Boiling Water 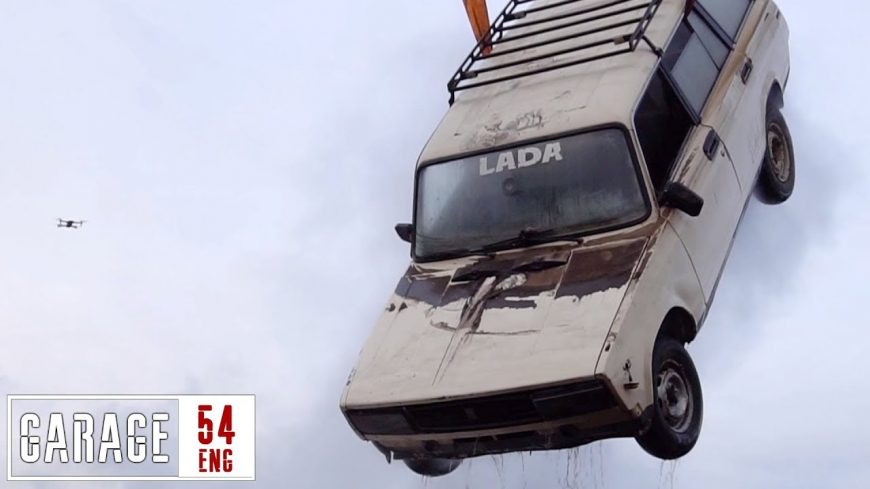 When we say that YouTube has brought us a ton of obscure automotive related experiment videos, there is certainly no hyperbole there. It seems like, all in the name of going viral and capturing that big moment, folks are willing to try out just about anything in order to entertain their viewers. One of the most eccentric versions of this phenomenon, at least when it comes to channels, it is the Garage 54 YouTube channel. The creative minds behind this one really go pretty far in their pursuit of viral fame. This time, they might have just taken it their furthest yet and leads you to wonder how far they’ll stretch their craziness.

The storyline here all begins when allegedly, one of the host’s buddies is out of town. As any good friend would, our host decides that he wants to play a prank on his traveling friend. However, it’s one that might be a little bit risky when considering the content of the prank and potential collateral damage. On the other end, though, it does make for a pretty entertaining video. Somehow the devil on the prankster’s shoulder outweighed the argument of the angel on the other shoulder.

The video below showcases the moment that entire “project car gone wrong” ends up being boiled in a massive vat of water. I’m sure that most folks can relate to the idea of a project car just sitting around for too long whether it’s their own or a friend’s. However, I am not too sure that very many people had considered the likes of their own projects being boiled while they’d taken a trip out of town. Whether the “friend” here ends up being upset or not, this one certainly took a ton of planning and execution to be able to pull off!

« Retro Truck Review Shows What Was Expected of 1988 Chevy Pickup