What’s the Coolest Car You Can Buy With Your $1,200 Stimulus Check? 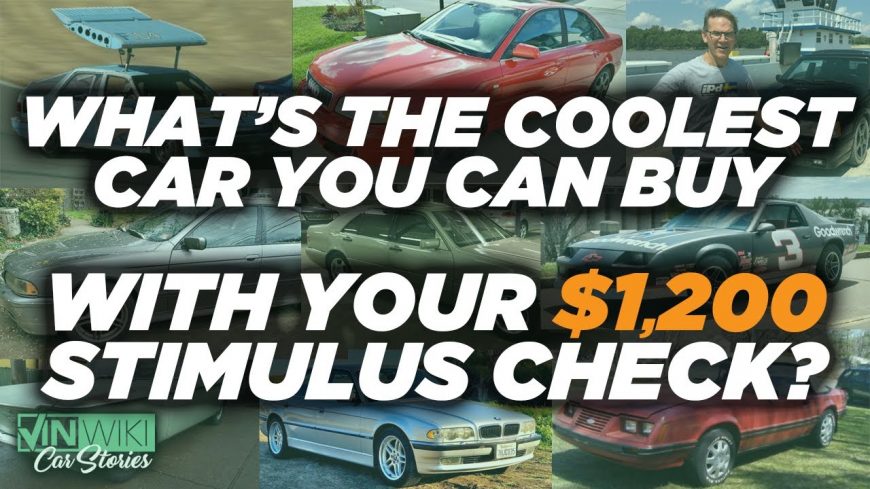 As we write this in April 2020, things are rather crazy. In fact, we might even go so far as calling this time in America unprecedented as we battle with COVID-19. At this point in time, the government has decided to cut everybody a check for $1200.

As we continue our quarantine, this check seems to be designed to stimulate the economy. For many, this will mean making sure that they’re able to buy the essentials. With lots of people unable to go to work, the money will serve them in the way of food and keeping the lights on.

However, for others, they are still going to work. These folks are going to be earning a paycheck and many will be getting this extra money on top of it all. Therefore, they’re left to do whatever they want with an extra $1200 in their bank accounts.

One scroll through the good old Facebook feed has us recognizing that plenty of people are going to be spending this on car parts. $1200 isn’t going to get you incredibly far in aftermarket parts. However, it’s certainly better than nothing. It could buy something like an exhaust or maybe even a set of wheels.

However, the folks over at VINWiki couldn’t help but wonder if maybe that check could go a little bit further. We know that there are definitely $1200 cars on the market. However, how interesting they are is another story entirely. Could the stimulus check possibly be a catalyst for buying a new project car? Perhaps there are some hidden gems in the marketplace.

By following along with the video below, we hear opinions from around the automotive community. Some of these cars might even be interesting enough to the point where they could spark an idea up for viewers at home to go buy a new project car.

« Life Like Ford Raptor Pickup Carved Out of Wooden Blocks