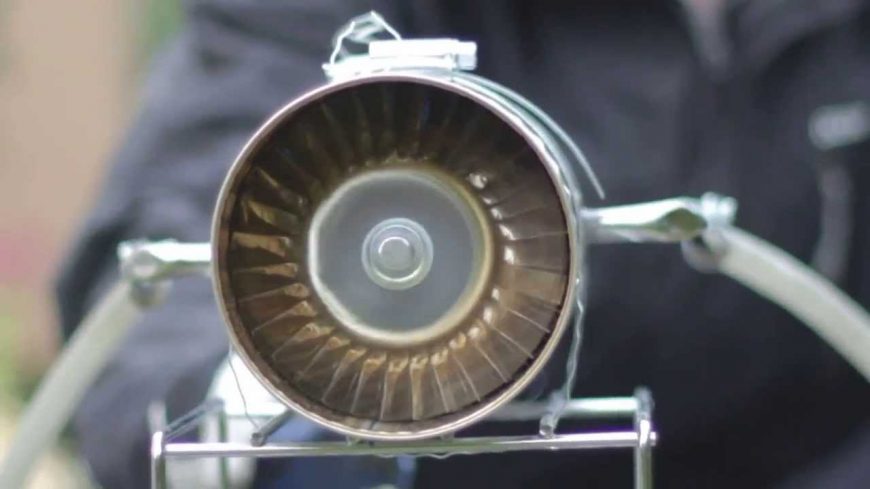 As a high school teacher, I wouldn’t really think that the level of experiments that you’d see on a regular basis would be too impressive during the science fair. Heck, when I was in high school, I’m not sure that I would’ve had the wherewithal to put something like this together, even if the motivation was there to support the effort. However, what these high school students came up with for a science project is something that will make you drop what you’re doing and pay close attention. Something like this seems to be pretty advanced for someone of that age and is a ton of fun to watch unfold on your screen.

No, the students didn’t do some sort of generic experiment but instead decided that their best course of action would be to home make their very own axial jet engine. This contraption would be pretty impressive if we knew that it was built by an adult, let alone by some kids who put it together as their science fair project.

Basically, what we end up seeing here is a series of running session in between each modification that is installed to make this thing run just a little bit better and before we know it, we’re checking out a pretty darn good running jet engine. I’d venture to think that when all was said and done, these kids probably got a pretty good grade as their final score.

Check out the video down below that will take you along for the ride as this engine is upgraded each and every time until you get to hear that satisfying whirr of the jet engine as it comes to fruition. What do you think of this idea that started off as a simple high school project and ended up being something incredibly awesome?